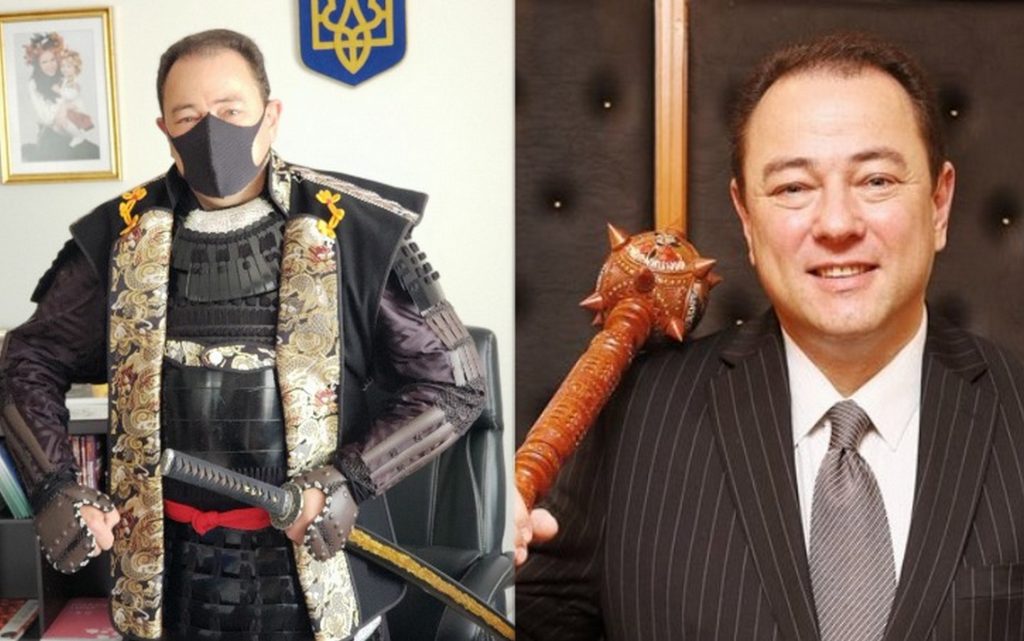 The Ukrainian ambassador to Japan appeared dressed in a samurai uniform and threatened Russia: We know what we are fighting for!

Ambassador Korsunki was subjected to some ridicule on the communication platforms, as it was found that he borrowed the outfit from an actor in a theatrical troupe, while some found his behavior inappropriate, not in line with the diplomatic norms of an ambassador, the supposed war crisis facing his country, and the news of the supposed Russian invasion.