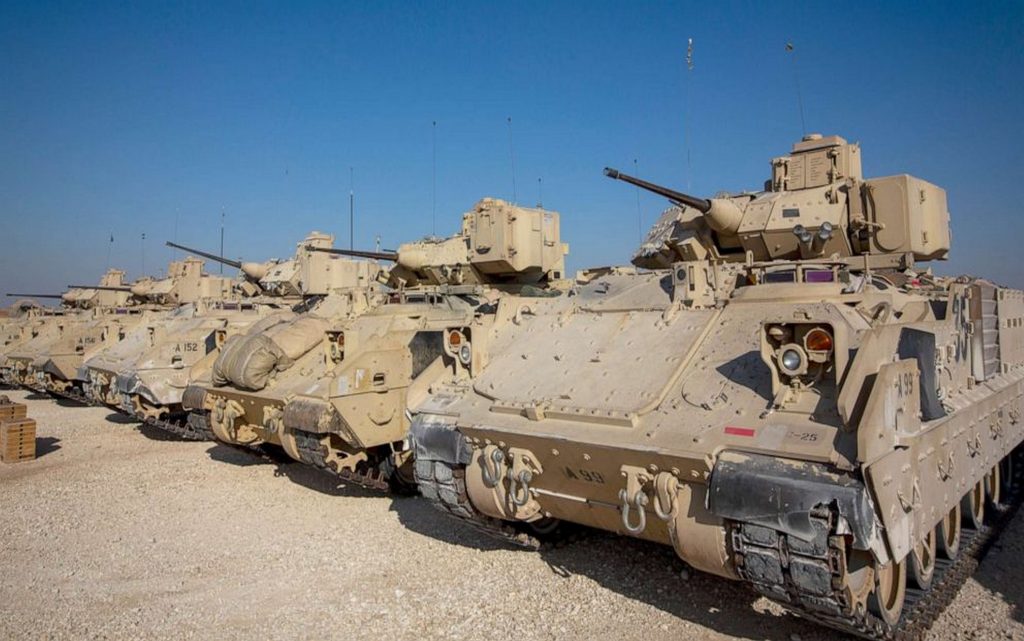 The US military announced the deployment of more Bradley armored combat vehicles in the areas of northern and eastern Syria, which are under the control of the Syria Democratic Forces.

On Friday, the official account of Operation Inherent Resolve stated on Twitter that the vehicles are of the type “M2A3”, and constitute a “strong deterrent in the most turbulent areas”.

The account of the operation launched by the International Coalition years ago to combat the “Islamic State” organization published a video recording documenting the operations of preparing the vehicles, before sending them to northern and eastern Syria.

He added that this step comes “to empower the partner SDF forces in joint tasks”.

These armored vehicles had played a role in the recent military operations that erupted after an internal and external attack launched by the organization, to release its prisoners in the industrial prison in Hasakah governorate.

“The Bradley family quickly proved their worth last month in close support for the Syria Democratic Forces, which suppressed ISIS’ attempt to storm the Ghweran prison in the city of Hasakah” Lieutenant Colonel Dan Laird, an official in Operation Inherent Resolve told US media.

The Bradley is an infantry armored fighting vehicle that provides a defensive cover from fire.

The United States deployed it in Syria for the first time in 2014, and since then has distributed it on various fronts in northern and eastern Syria, especially on the lines of contact.

“Bradley” carries a 7.62-mm machine gun, and it is equipped with “BGM-7 TOW” missiles that guide the target wirelessly, it is located in a designated rectangular compartment located on the left side of the tower.

These missiles have the ability to destroy tanks and armored vehicles that may be located on the battlefield.