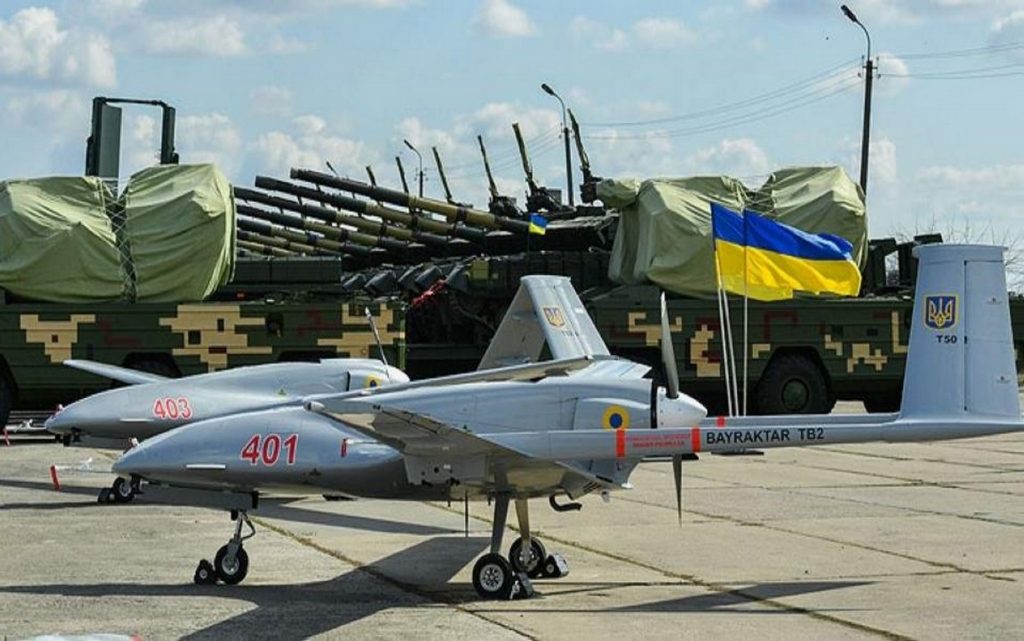 In the years 2018-2020, Ukraine imported Turkish Bayraktar TB2 attack drones, the purchase of which cost about 74 million US dollars.

At the same time, according to press reports, the Turkish company “Bayraktar” is building an assembly plant and a training center in Ukraine at its own expense.

In early February, Ukrainian President Vladimir Zelensky announced that Ukraine and Turkey had signed an agreement to expand the production of “Bayraktar” drones in the country.

At the same time, the Chairman of the Board of Directors of the Ukrainian Military Center, Taras Chemut, said that Turkish drones fail when operating at Ukrainian military airports, as the landing gear of Bayraktar TB2 planes is sufficient for only three take-off and landing cycles.

To extend the life of these aircraft, they should be used at large civilian airports with improved take-off and landing strips.

At the same time, according to Taras Çemut, Turkish heavy “Bayraktar Akinci” unmanned aircraft, equipped with Ukrainian engines, and maximum take-off weight of 6000 kg (the weight of “Bayraktar TB2” for comparison is 700 kg), can take off from military airports in theory Just.

Turkish drones in Ukraine are one of the hot issues between Ankara and Moscow.

Ukraine has high hopes for it, especially after the Karabakh war, and it is likely that in addition to the order from Washington, these drones were an important factor in Kyiv’s decision to start an escalation of the conflict in the Donbas region in recent days.

However, if Ukraine, after the continuous intense artillery bombardment of the Donetsk and Lugansk republics, decides to carry out a large-scale ground invasion of the Donbas republics, it is clear that Turkish drones will have to deal with the Russian air defense forces.

I think that military experts around the world are holding their breath in anticipation of the outcome of such an engagement.