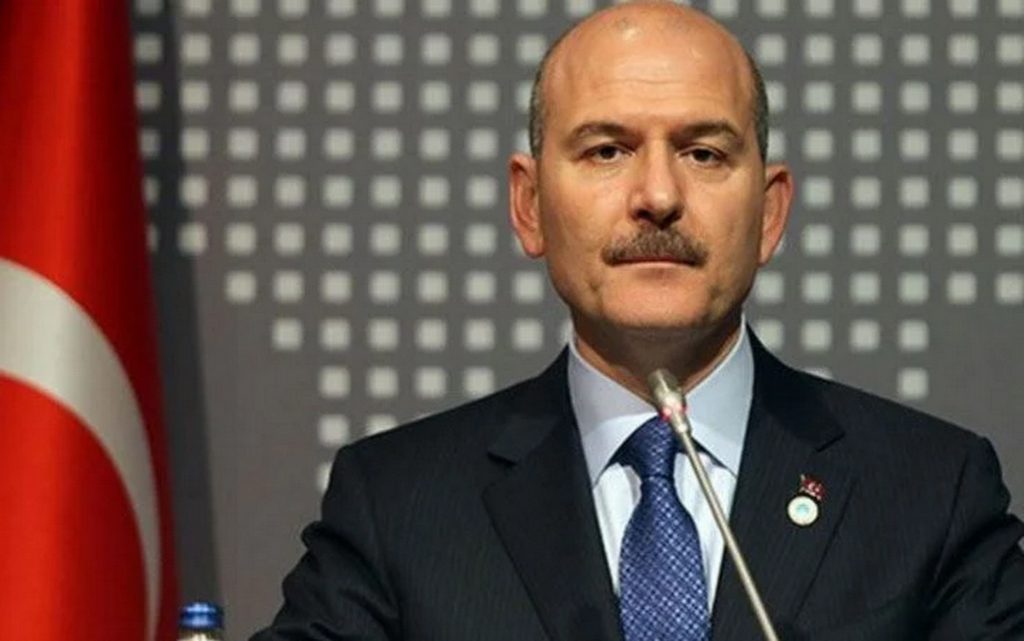 The Turkish Interior Minister, Suleiman Soylu, announced that during the past months, Syrians coming from the vicinity of Damascus were prevented from entering Turkey.

Soylu said, during a press conference in Ankara, on Thursday, that “the nature of the migration of Syrians to Turkey has changed, and a large part of those trying to cross into Turkey came from the vicinity of Damascus”.

He added during the conference, in which he addressed the problems of immigration in his country, that “the percentage of Syrians coming from the vicinity of Damascus and being prevented from entering Turkish territory this year is between 20 to 25%”.

Soylu attributed the reason for the recent migration of Syrians to the “economic crisis,” and considered that most Syrians either “want to stay in Turkey or move to Europe”.

Soylu said, “There is no solution to the problems in Syria anytime soon, and there is no light in the tunnel to solve this problem”.

He pointed out that the rate of crimes committed by Syrians in Turkey is low for Turks.

The Turkish Interior Minister stated that his country’s government conducts an annual survey of the future plans of the Syrians.

As for 13.7%, they return if “the war is over and any government is formed even if they do not want it,” 12% return if a safe area is established, 38% have not decided yet, and 4.1% will return even if the war continues.

Istanbul recorded the highest density among the rest of the states, in terms of the presence of Syrians (535 thousand Syrians), followed by Gaziantep with 461 thousand, Hatay with 433,000, and Urfa with 428 thousand.

About four million Syrians live in Turkey, according to official statistics issued by the Turkish Immigration Department.

Some Syrians in Turkey face racist attitudes from officials belonging to opposition parties, including Kemal Kilicdaroglu, leader of the Republican People’s Party, who has repeatedly threatened to return the Syrians to their homeland if he takes power, in addition to other politicians building the discourse of their media campaigns.

On the grounds that Turkey’s problems lie in the presence of Syrians in it.

Feelings of hostility and hate campaigns have escalated against the file of the Syrian presence in Turkey, during the past years, in developments that researchers previously said are related to the campaigns constantly led by the Turkish opposition parties.

Tensions and anti-foreign campaigns have often occurred in Turkish regions in recent years, often triggered by rumors spread through social media or false information spread about Syrians by Turkish opponents in the media.