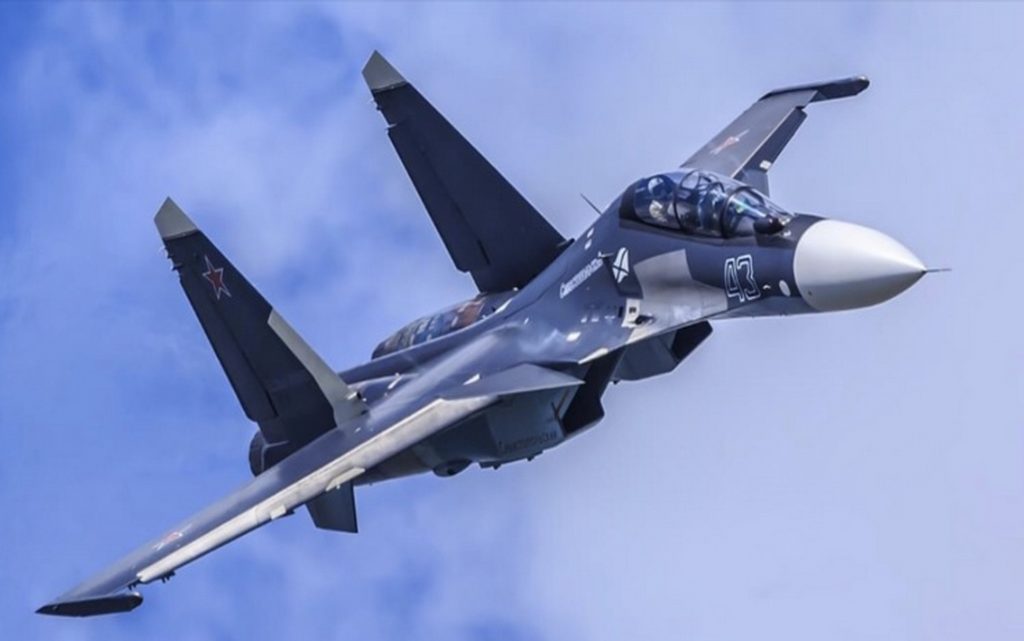 The Russian fighter “Su-30-SM” has become an icon of the Russian defense industry, with more than 550 one sold to a number of countries, and about 150 of them serve in the Russian Aerospace Forces.

The fighter combines a highly successful Su-27 airframe with modern technology Its two-seater design allows it to strike targets evenly in the air and on land.

Building on this success, Russian engineers have developed the Su-30-SM2 aircraft, including new engines, radar, and the ability to use new weapons, including Kh-59 missiles, and guided bombs, Military Watch reported.

While the updated “Su-30” enters service with the Russian air regiments, the publication identified five countries interested in buying it.

New Delhi is the world’s largest user of Su-30 aircraft, with more than 270 aircraft of this type, and India is seeking to bring in new aircraft, after its Su-MKE aircraft have become already outdated, compared to the latest Chinese and Pakistani fighters.

The largest and most heavily armed country in Africa has an impressive fleet of Su-30s, comprising more than 70 aircraft.

Talks about the purchase of the fifth-generation “Su-57” by Algeria are continuing, but this can only happen by the end of the current decade, and large-scale deliveries are unlikely.

Most likely, initially, one squadron will be formed to replace the MiG-25 interceptors.

The modernization of the Su-30 fleet will provide the ability to use new Russian missiles and combat stealth aircraft.

The Su-30MKM makes up a large part of this country’s air arsenal, but neighboring Singapore is actively modernizing its F-16s, providing them with AFAR radars and ordering F-35s.

Powers are not in Malaysia’s favor, although its air fleet outnumbers those of its neighbors.

Vietnam is watching the continuous development of the Chinese air force, and although Hanoi is a potential customer for the Su-57, modernizing the Su-30 fleet with new engines, radars and weapons is the most cost-effective way to maintain a balance of power with China.

Russia’s western neighbor and ally has one squadron of Su-30SME, and is expected to get new planes to replace two squadrons of aging MiG-29s.

The provision of new aircraft is a strong incentive to upgrade Minsk’s existing fighters, and despite the proximity to NATO and the fact that Poland has ordered the F-35, it is unlikely that Minsk’s economic opportunities will be sufficient to purchase the Su-35S, or the Su-35 – Su57.

In this light, the Su-30SM appears to be the most acceptable option for fleet development.