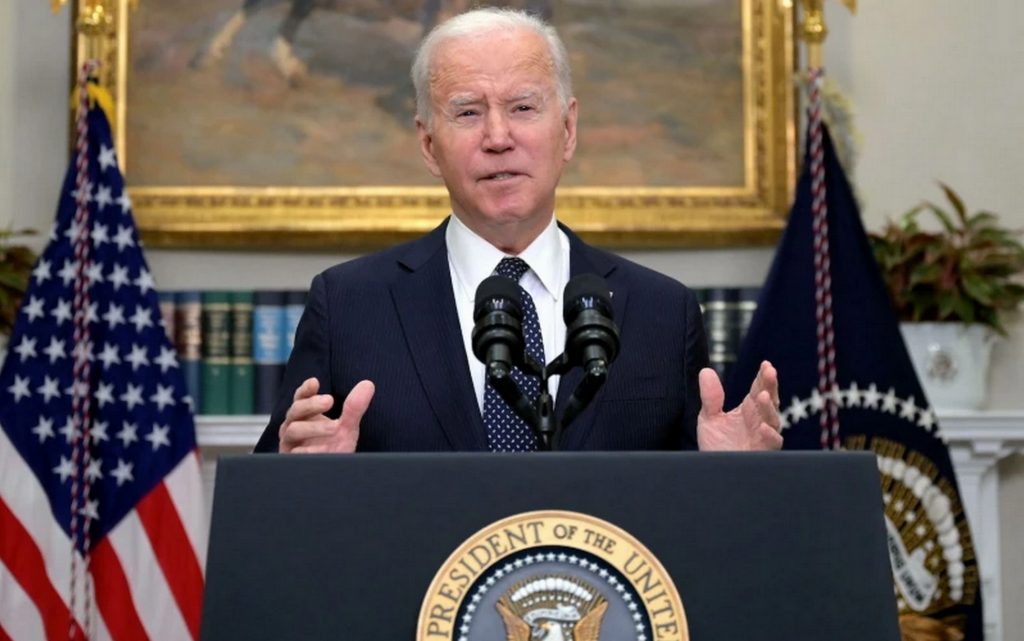 The US President Joe Biden said on Friday he was convinced that Russian President Vladimir Putin had made the decision to invade Ukraine and that although there was still room for diplomacy, he expected Russia to act in the coming days.

“We have reason to believe that Russian forces are planning and intending to attack Ukraine next week, in the coming days,” Biden said, adding that the United States believed Russia would target the Ukrainian capital, Kiev.

A US defense official said on Friday that between 40 and 50 percent of Russian forces near the border with Ukraine had taken offensive positions.

Western countries fear conflict if Russia invades Ukraine on a scale not seen in Europe, at least since the Yugoslav and Chechnya wars in the 1990s, which left hundreds dead and millions displaced.

The official, who spoke on condition of anonymity, said that there are approximately 150,000 Russian soldiers on the border, including about 125 tactical battalions.

He said that the proportion of troops in offensive positions is higher than previously known and indicates that these Russian units could attack Ukraine without warning.

In a related context, the German news agency (dpa) reported that the North Atlantic Treaty Organization “NATO” is raising the degree of readiness among thousands of its soldiers against the backdrop of the crisis with Russia.

According to sources close to the alliance, NATO’s rapid response forces will be able to deploy in just seven days, instead of 30 days.

The sources pointed out that for the units of the other forces, the so-called “movement notice” period has now been implemented within 30 days, not 45 days, provided that this takes effect immediately.

Western leaders adopted strategies from warnings to dialogue with Moscow on Friday, as tens of thousands of troops are still stationed along the Ukrainian border.

US Deputy National Security Adviser Dalip Singh said that Russia will be cut off from global financial markets and lose access to high technologies in the event of an attack”.

Singh concluded, “The cost to Russia will be enormous”.