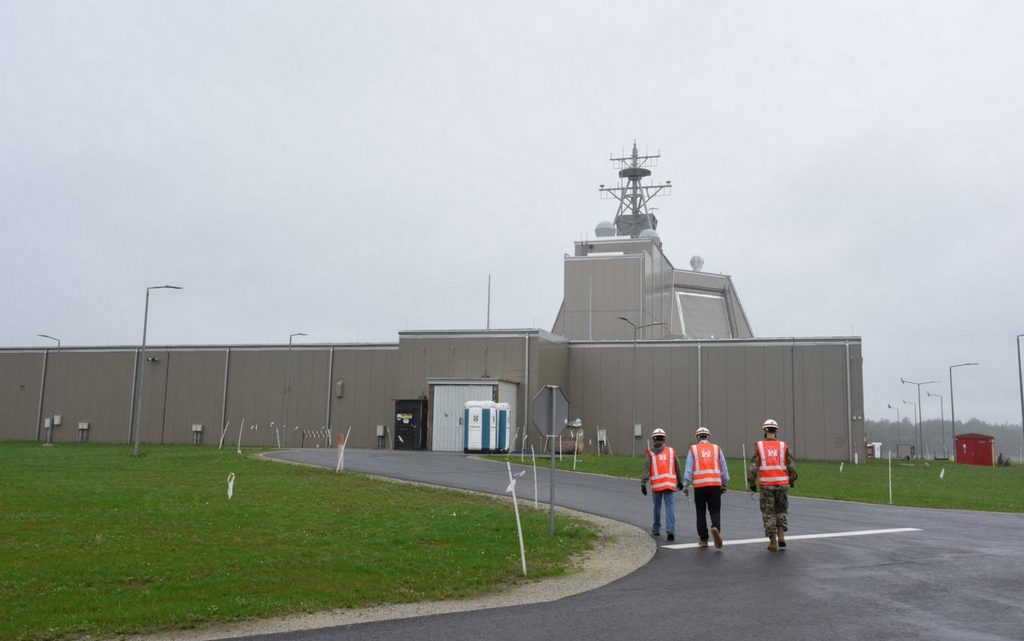 No one disagrees that Moscow’s crisis with its western neighbor, Ukraine, is not limited to the latter’s pursuit of NATO membership.

Among the biggest concerns that haunt President Vladimir Putin, the alliance and the United States also expand militarily in countries surrounding Russia, whether in Estonia, Latvia, Lithuania, and Poland, despite NATO repeatedly asserting that its policies are defensive rather than offensive.

In Poland, for example, a highly sensitive US military facility lies in a fenced forest, which is expected to start operating in 2022, amid Washington’s insistence that it will help it defend both Europe and the United States from ballistic missiles launched by rogue countries.

For Putin, that military base in Poland, and another in Romania, is evidence of what he sees as a threat from NATO’s expansion towards the east of Europe – and part of his justification for his military encirclement of Ukraine, the New York Times reported.

And if the Russian president is angry about US missiles near his country’s border at one of the sites in Romania that came into operation in 2016, but the Polish facility, located near the village of Redzikowo, which is only about 100 miles from Russian territory and barely 800 miles from Moscow itself, It raises one of his biggest fears.

The Pentagon’s repeated assertions that the two sites are defensive and have nothing to do with Russia have failed to reassure the Kremlin.

Putin believes that they could be used to shoot down Russian missiles or even launch offensive cruise missiles at Moscow.

As for the villagers who live in Redzikowo, they are also worried, especially since Putin views their village as one of the biggest security risks to his country, raising tension for some locals.

They fear the possibility that Russia will strike this missile defense facility in their village, although it is a highly unlikely possibility, as it would plunge the Russians into an extended war that they need.

Thomas Graham, who previously served as senior director for Russia at the US National Security Council under President George W. Bush, said that Moscow had never believed Washington’s assertion that its missile defense system was aimed at Iran, not Russia.

He also added that the issue has become highly symbolic for the Kremlin, of a post-Cold War order that it views as dangerously one-sided and which it is now trying to revise through military threats.

In addition, he considered that “the current crisis is much broader than the issue of Ukraine, the latter is just a pressure point, but it is more about Poland, Romania, and the Baltic states, especially since the Russians believe that the time has come to review the post-Cold War settlement in Europe in their favor”.

It is noteworthy that the Polish base hosts a system known as Aegis Ashore, and contains very advanced radars capable of tracking hostile missiles and directing interceptors.

It is also equipped with rocket launchers known as MK 41s, which the Russians fear could be easily reused to launch offensive missiles such as the Tomahawk.

Besides that, the US base, NATO has also deployed about 5,000 troops to Estonia, Latvia, Lithuania, and Poland on a rotating basis in recent years.

Britain would also send hundreds of soldiers to Poland.

Germany, the Netherlands, and Norway will send additional troops to Lithuania.

Denmark and Spain will provide aircraft to the Ukrainian Air Force.