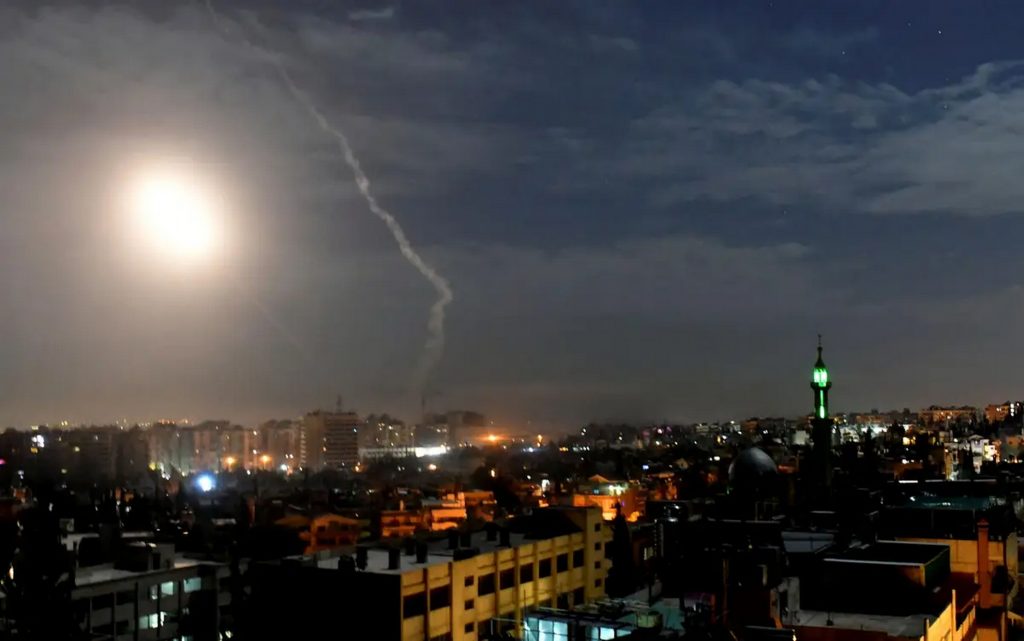 Israeli missile strikes on Wednesday night targeted points near Damascus, according to the Syrian official media, in the second targeting of its kind in the vicinity of the Syrian capital this month.

Over the past years, Israel has launched hundreds of airstrikes in Syria, targeting Syrian army sites, Iranian targets, and Lebanese Hezbollah targets.

The Syrian official news agency, SANA, quoted a military source as saying, “The Israeli enemy carried out a strike with several surface-to-surface missiles from the occupied Syrian Golan, targeting some points in the vicinity of the town of Zakiya, south of Damascus”.

The agency stated that the strike led to “some material losses”.

According to sources in Damascus, the Israeli bombing targeted a military site belonging to the Syrian army near Damascus.

A Syrian soldier was killed and five others were wounded in an Israeli air and ground bombardment that targeted military sites in the vicinity of Damascus on February 9, and Israel said at the time that it was in response to a missile fired at it from Syria.

Israel rarely confirms the implementation of these strikes in Syria, but it reiterates that it will continue to confront what it describes as Iran’s attempts to establish its military presence in Syria.