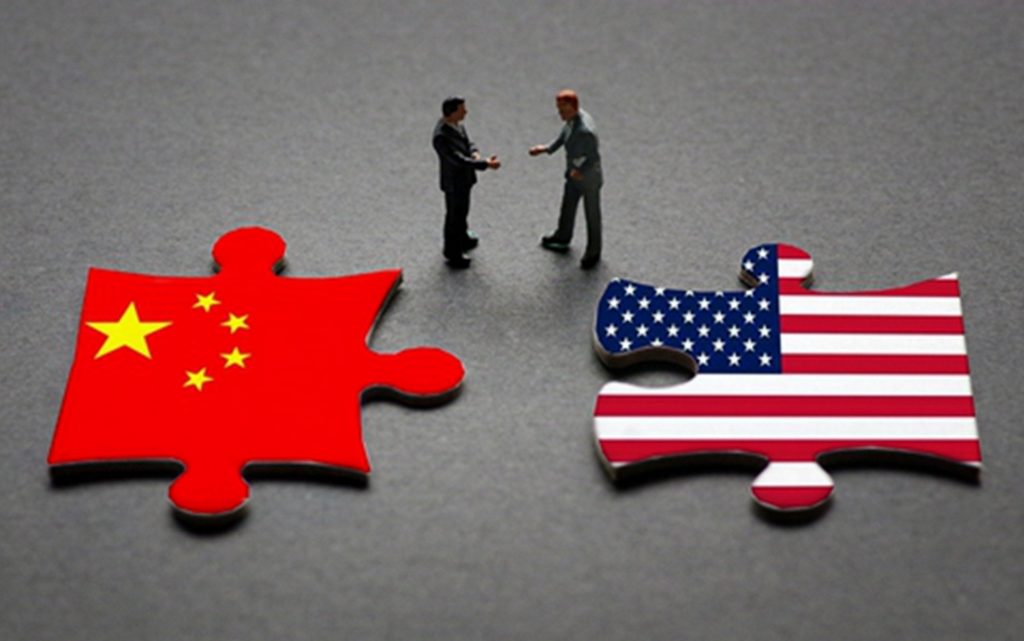 If we were to ask a person who isn’t at all familiar with the details of the world of economics and politics this question: “Who is the largest trading competitor of the United States in the world”, he will answer intuitively and immediately that it is China.

And if so, why did one of these great powers not tip the scales and continue to threaten each other’s interests for tens or even hundreds of years…?

First of all, it must be said that the US-Chinese conflict is a necessary conflict for the region with the aim of maintaining balance.

It isn’t that one is trying to eliminate the other, they are enemies, yes, but they need each other more than we imagine.

Thus, US President Joe Biden has continued the hardline approach of his predecessor, “Trump” toward China, despite the differences between them, and “Biden” believes that the United States should disengage with Beijing by reducing its dependence on Chinese products and supply chains, for economic and national security reasons.

Despite the bipartisan support for these endeavors, separating the two countries’ economies seems difficult to achieve, according to an article in the Foreign Policy magazine, by Jeffrey Kosik, assistant professor of law at the University of Arizona, and Rajan Menon. Professor of International Relations, City College of New York.

The article says that if the Biden administration is to achieve success, it won’t be limited to re-arranging large sectors of its “globalized” economy, but it will also have to ensure the participation of other countries that are major trading partners and investors with China, goals that will be difficult It has achieved more than many in Washington expect.

The article warned of the consequences of disengaging from China, especially in the economic aspect, and that the administration of President “Joe Biden” should abandon pursuing unilateral policies and work to mobilize countries that have close commercial relations with Beijing to his side.

So far, “Biden” has been adopting the Trump administration’s efforts to separate the two economies, but with a softer approach.

This plan mostly focuses on vital industries such as semiconductors, which the United States has witnessed a sharp decline in its market share in recent decades, as well as rare earth minerals, in which China depends on about 80% of its needs.

Meanwhile, Trump’s tariffs on imports from China kept Biden high and took steps to prevent American companies from investing in 59 Chinese companies linked to the Chinese military or producing surveillance equipment, some of which are listed in Trump’s blacklist is like the telecom giant Huawei.

Biden and Democratic members of Congress are also pushing to reduce the United States’ dependence on vital imports from China, while critics of economic disengagement – including the American Chamber of Commerce in particular – warn that the separation between the two countries’ economies will impede existing supply chains, and exacerbate existing supply chains.

In this regard, Biden is facing urgent demands from American companies to stop the customs duties prevailing in the era of Trump, whose unilateral action led to the consequences of bearing the brunt of the US economy alone, and raising those duties on imports from China pushed the former president to increase the cost of goods. Made in China cost US consumers $80 billion in 2018 alone, and resulted in 250,000 to 300,000 job losses.

For the strategy of economic disengagement between the two countries to have any chance of success, Biden must abandon his unilateral policies and mobilize collective action involving countries that have significant trade relations with China and investments there.

Although the United States and the European Union have re-engaged in efforts to curb intellectual property theft largely blamed on China in areas such as wind turbine software, communications technology, and autonomous vehicles, this doesn’t mean, according to a Foreign Policy article, that the European Union In a hurry to disengage from China.

European trade experts believe that this would hinder growth and reduce incomes across the countries of the old continent, and in order for Biden’s strategy to disengage from China to be feasible, Japan, South Korea, and other Asian countries that have vital trade and economic relations with Beijing must join it.

In the opinion of the authors of the article, such a strategy is unlikely to prompt China to change its behavior given the difficulties in organizing a cohesive US-led coalition committed to economic disengagement with Beijing.

Moreover, China has tended to reduce its dependence on economic growth led by the export sector, to replace it with the increasing demand for its goods from domestic consumers.

Despite all this, the policy of disengagement still has a silver lining, although it doesn’t have a significant impact on China.

Reducing the United States’ reliance on fragile supply chains may help protect the economy from future disruptions like those it suffered in the past two years.

Foreign Policy magazine concludes in its article that investing in local capabilities is long overdue, noting that if the United States can do this and strengthen its partnerships with its like-minded allies, it will be better for everyone.