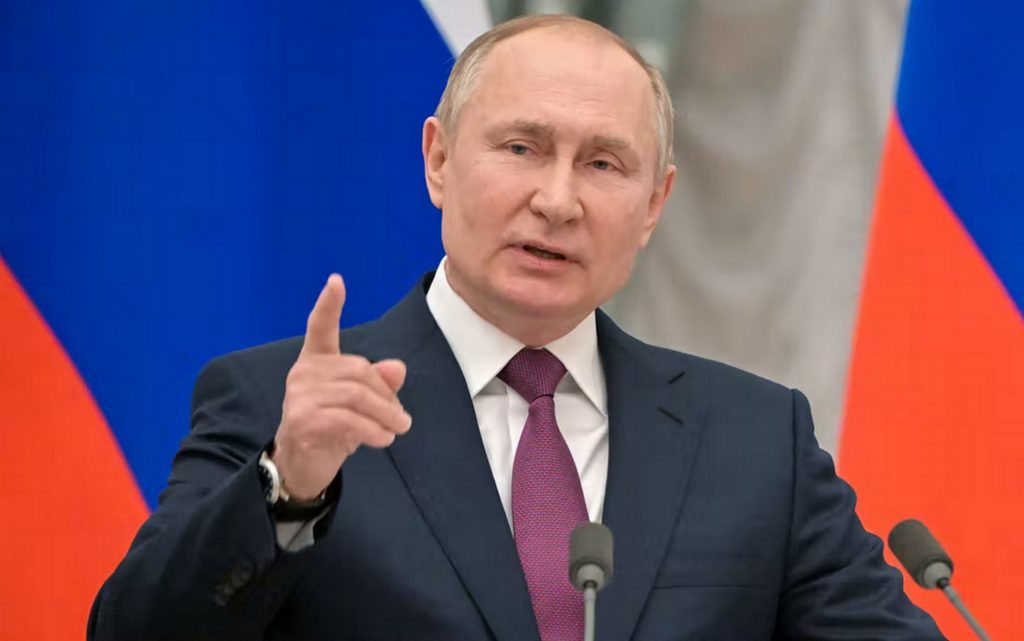 If you thought the circus about Russia’s alleged invasion of Ukraine culminated when US President Joe Biden set the date for the Russian invasion in place of President Putin himself, you are very wrong.

The famous Ukrainian comedian, Volodymyr Zelensky, widely known recently as Ukraine’s president, has surpassed his US counterpart, Biden, and raised the level of obsession to a previously unreachable ceiling.

On Monday, February 14, Zelensky issued a decree declaring February 16, the anticipated day of the alleged invasion, a national holiday: the Day of Unity of Ukraine.

This decree was issued two days before the alleged invasion!!!

It will be a national holiday!!!

There is no need even to mention trifles from a sample of the calls of this same Zelensky and the upper-throats of Russophobic in the US Congress and Europe to preemptively impose sanctions against Russia for “aggression against Ukraine”, even before the alleged aggression occurred.

The presence of Russian forces on the Day of the Russian Invasion of Ukraine was no longer necessary. However, this day had already been adopted as the official date of the invasion.

Of course, additional sanctions will be imposed automatically, no matter what Putin does.

However, the US elite has forgotten that the hypothetical “Russian invasion” found only in the Western press can just as easily be rescinded.

Does anyone remember that scene from the fantastic American movie “Wag the dog”, as the incumbent US president’s team stirs up hysteria about a fictional war in Albania for his re-election in the upcoming elections on top of a wave of patriotism.

However, the CIA, which supports another candidate, makes a statement that the crisis has been resolved and the hypothetical war abolished.

The Russian Defense Ministry stated that the units of the Western and Southern Military Districts returned to their bases after completing their exercises.

The fact that these exercises had to end was already evident.

It is also clear that these units remained in their bases, as seen by US satellites.

It is noticeable here that Putin is using this technique for the second time, just as the United States is using virtual hysteria for the hundredth time.

Let me remind you that in 2017, the United States and the West used the same tactics to amplify hysteria about false allegations about Syrian forces using chemical weapons in Syria.

The situation was the same, only with the other “pawns” of the United States.

The White Helmets carried out provocations with chemical weapons, creating a pretext, while the United States stirred up the same hysteria in the world press, as is happening now around Ukraine.

Then, as we all remember, the United States began preparing to invade Syria.

Putin chose the moment and announced the withdrawal of Russian forces from Syria.

In any case, the US invasion of Syria did not happen.

It is the same thing that is happening now in the battle between Russia and the US.

Perhaps Ukraine would shoot itself tomorrow, February 16, or the American press would simply and comfortably write about the Russian invasion as a fait accompli, and that would be proof enough.

This was already enough to impose sanctions during the so-called “Russian interference in the US election”, which now turns out to be a Hillary Clinton-financed deception.

Russia calls, in its ultimatum last December, to reduce the American presence in Eastern Europe, while Washington is besieging the entire world, through its media, and to evade Russian demands, by imposing the issue of the “Russian invasion of Ukraine”.

However, the categorical nature of the Russian ultimatum, the rejection of it by the West, and the fact that Ukraine was hardly mentioned in the ultimatum, makes me believe that Putin’s cancellation of the essentially non-existent “Russian invasion of Ukraine” is far from the end of the story.

I think it’s a tactic to disarm Washington and a way to change the subject of the Western narrative.

Having neutralized the current round of American hysteria over Ukraine, Russia will return to pressure the United States on the broader issue that concerns it.

The danger of war, however, is great.

Biden set a date for a “Russian invasion,” as nearly all Western countries evacuated their embassy staff from Kyiv, and planes stopped flying to Ukraine.

The level of hysteria is incredible. Washington has raised the stakes to the point that if the “invasion” doesn’t happen, this whole circus will denigrate and devalue all Western efforts to demonize Russia.

The United States can no longer allow all this huge media campaign about the “Russian invasion” to come to nothing.

I don’t know how many virtual battles we will see, but I fear that the parties will soon have to sort things out “on the ground,” in the real world.

And if you haven’t watched the wonderful American comedy “Wag the dog”, I highly recommend you to watch it, it will help you a lot to understand the situation around the alleged “Russian invasion”.