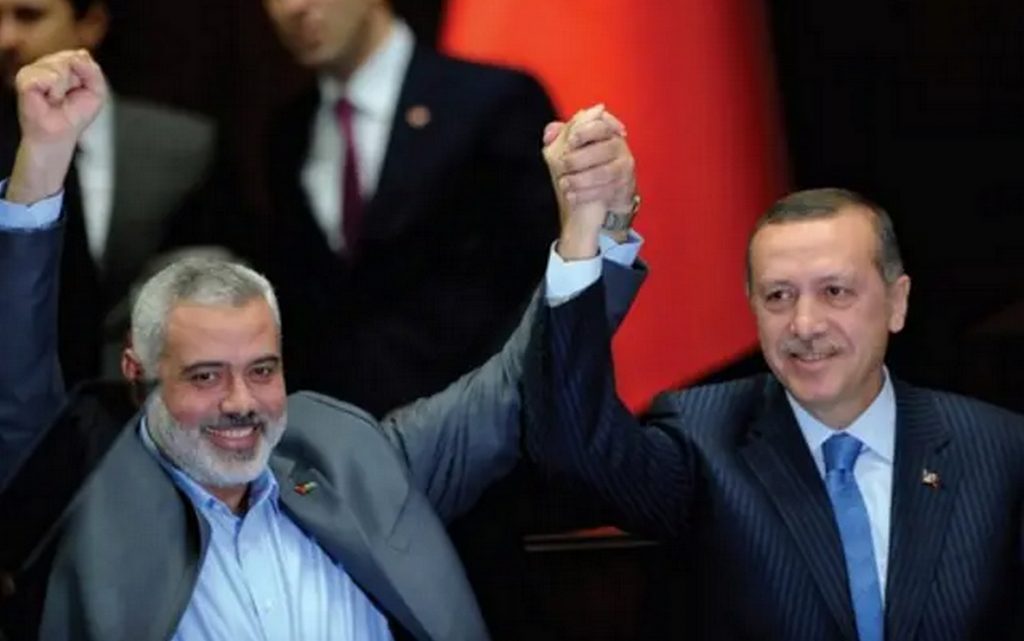 The Turkish newspaper, Hurriyet, reported that for a year and a half, Ankara has been running a secret channel of talks with several countries in the region, including Israel, “perhaps with the aim of finding a new home for the Palestinian Hamas movement”.

According to the report, “the most intense negotiations were with Israel, which wants Hamas movement activists to be expelled”.

The report indicated that Ankara informed Hamas that “the holders of military positions in Hamas will not stay in Turkey” and that it “won’t provide military aid to the movement,” adding that Hamas’ political activities in Turkey will continue.

The Israel Hayom newspaper stated that Israel hasn’t yet confirmed or denied what was stated in the Turkish report.

According to the Israeli Walla website, a senior Israeli political official touched upon contacts with Turkey and said regarding President Herzog’s possible visit there, that Israel did not set conditions on Turkey in return for Herzog’s visit, adding: “We’re working with caution on the issue of Turkey”.

The official continued, “Certainly, the rapprochement process is very cautious, there are signs here and there, and we see, for example, that there is a doubling of Turkish activity against terrorism that targets us in their lands”.

However, Turkish Foreign Minister Mevlut Cavusoglu said earlier that if Turkey normalizes its relations with Israel, “Turkey won’t change its policy towards the Palestinians and won’t turn its back on them”.

Cavusoglu’s statements come against the backdrop of advanced contacts between Ankara and Tel Aviv regarding arranging a visit by Israeli President Yitzhak Herzog to Turkey in the coming weeks.