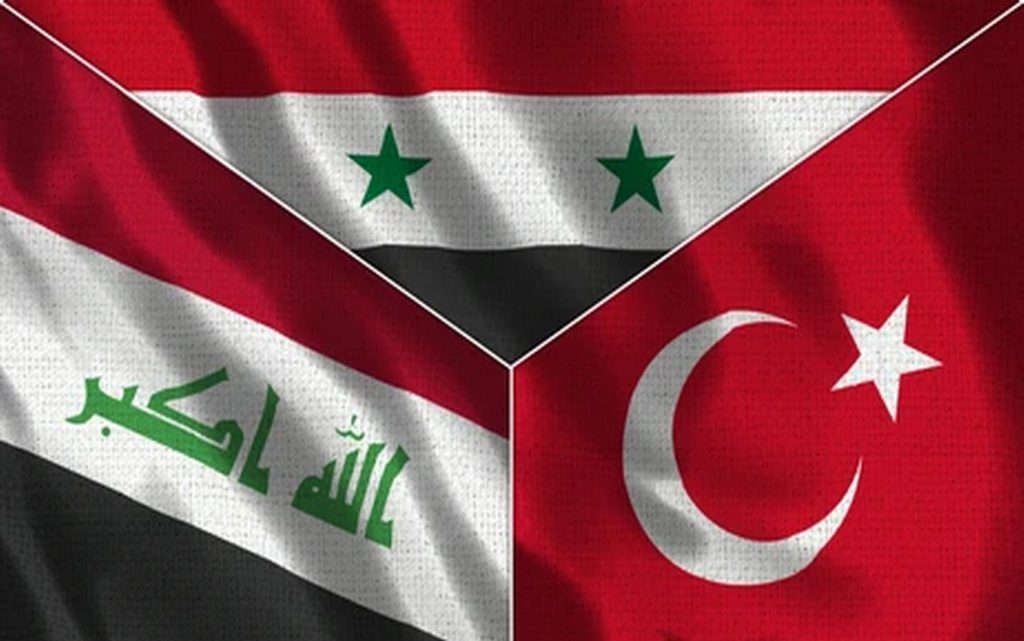 It was reported that preparations for a Syrian-Turkish-Iraqi meeting are ongoing, based on a request of Ankara.

The Syrian-Turkish-Iraqi meeting will be held in Baghdad, to agree on a clear and binding mechanism for sharing the waters of the Euphrates and Tigris rivers.

In the first meeting of its kind between Syrian government officials and their Turkish counterparts since the relations between the two countries were severed more than 10 years ago.

The meeting announced by the Iraqi Minister of Water Resources, Mahdi Rashid al Hamdani, during his recent visit to Syria, where he held several meetings with government officials, including Prime Minister Hussein Arnous and Foreign Minister Faisal al Miqdad, comes to find a way out of the procrastination of Ankara, which insisted on the presence of the Syrian side in discussions.

The Iraqi minister, who during the past two years has conducted shuttle tours between Turkey and Syria, said in press statements that Damascus had informed him of its acceptance to sit at the negotiating table with the Turkish side, whatever representation this attendance required, likely that the delegations would participate “at the ministerial level”.

These Iraqi endeavors come after several years of conflict over the quantities of water sent to Syria, which led to a shortage of water passing into Iraq as well, which caused among other factors a major drought, which several international organizations estimated had affected about 12 million people.

In addition to the significant damage to the agricultural sector, livestock, and even the demographic distribution, due to the displacement movements caused by the drought crisis.

The issue of the Euphrates and Tigris rivers is one of the major issues that put Damascus-Ankara-Baghdad into a political conflict.

Turkey still refused to recognize that Euphrates and Tigris are international rivers, and considers them as transboundary rivers, in an attempt to circumvent international laws regulating the sharing of water resources.

Turkey controlled the largest possible amount of the river’s water, through the construction of dams and water projects that have all led to successive drought crises in both Syria and, in a more severe way, Iraq, especially since the Turkish claimed coincided with climatic changes and a successive rise in temperatures, which doubled the effects of water shortage.

The level of the Tigris and Euphrates rivers, an average of which reached about 5 meters last summer.

The issue of the waters of the two rivers went through several detours, before Syria reached an agreement with the Turkish side in 1987, stipulating that Turkey would allow the passage of no less than 500 cubic meters per second and that Syria would pass at least 58% of this amount to Iraq, under a later agreement that was signed, which was actually implemented, amid some minor Turkish transgressions for reasons related to the lack of river water in the summer, until 2011.

During the past two years, Baghdad and Damascus intensified their contacts, which culminated in a joint agreement between the two countries to “unify positions” and joint cooperation in all details related to the waters of the two rivers, on which Turkey built a series of dams without reference to Syria and Iraq so that Baghdad would take responsibility for communicating with the side Turkish.

In this context, Iraqi sources said that during the talks, Ankara tried to circumvent the issue of reaching a clear agreement, by not being able to have a representative from Syria in these negotiations, which explains the Iraqi minister’s visit to Damascus, and his meeting with the Syrian Foreign Minister, who informed him of the acceptance his participating country, which, according to the Iraqi minister, gives a strong impetus to the negotiations.

At a time when the date of the tripartite meeting has not yet been set, Iraq is preparing to launch the second version of the “Baghdad Water Conference” on the fifth and sixth of next March, in which Syria will participate after receiving an official invitation.

Turkish openness to finding a compromise formula with Iraq and Syria coincides with the emergence of Ankara’s new tendencies to import natural gas from Iraq, which seems to have prompted Turkish President Recep Tayyip Erdogan to move seriously to resolve the file by appointing a special representative for him in the negotiations.

Turkish media quoted Erdogan as confirming a request to import natural gas from the President of the Kurdistan Region, Nechirvan Barzani, who told him that he would do what he could and would discuss the issue with the central government in Baghdad.