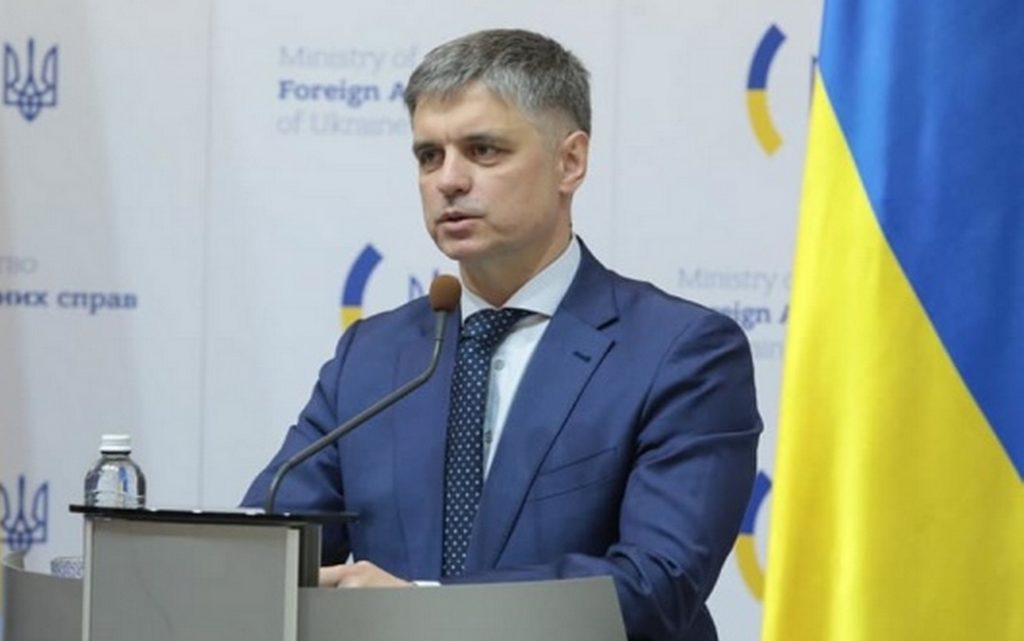 Ukraine’s ambassador to Britain said his county may abandon its bid to join NATO to avoid war with Russia.

Ambassador Vadim Prystaiko told the BBC that Ukraine was ready to show flexibility over its goal of joining NATO, a move Russian President Vladimir Putin said could spark a war.

Prystaiko was quoted as saying in response to a question if Kyiv had changed its position on joining the alliance, “We may do… especially after threatening us in this way, blackmailing us and pressuring it for this.”

Ukraine isn’t a member of NATO but has been promised since 2008 that it would be given a chance to join, a move that would bring the US-led alliance to Russia’s borders.

Putin says Ukraine’s growing ties with NATO could make it a launching pad for NATO missiles to target Russia.

He says Russia must set red lines to prevent this.

Russia has moved more than 150,000 troops and heavy weapons close to the border with Ukraine in the past few weeks, prompting the United States and its NATO allies to warn of an imminent invasion.

Moscow denies intending to launch an attack and describes the military buildup as exercises but has issued written requests that the party halts any expansion towards the east, including Ukraine, which NATO members rejected.

The White House said, that US President Joe Biden spoke with his Ukrainian counterpart Volodymyr Zelensky on Sunday and they agreed to continue diplomatic efforts to resolve the crisis.