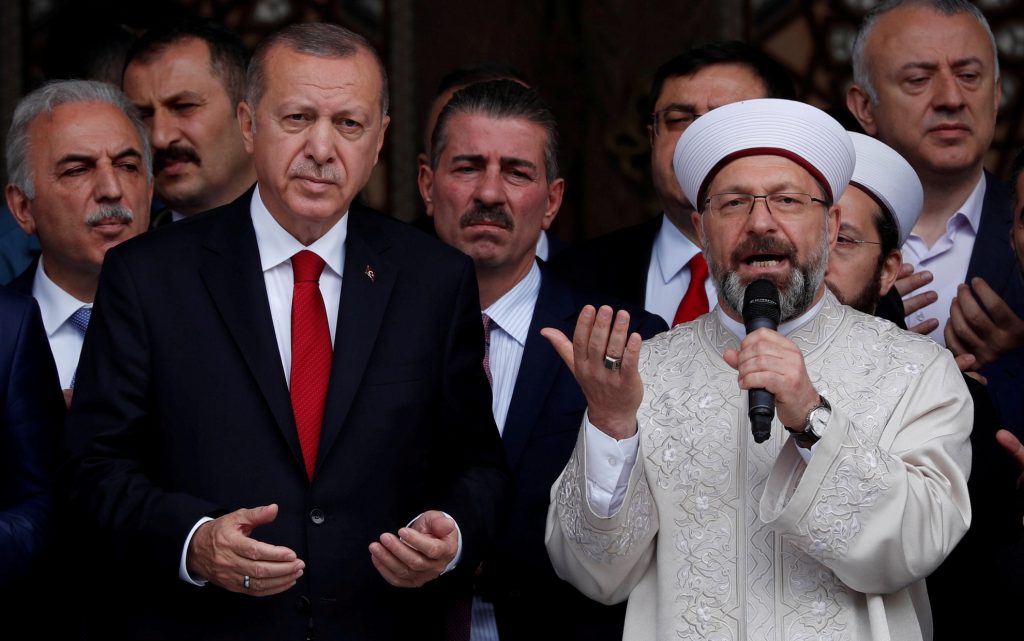 The amendments to the Turkish constitution in 1924, during the rule of Kemal Ataturk, provided for the removal of the rule of the state religion, Islam.

Under the title “History may finally knock on Erdogan’s door”, the Financial Times published an article in which it explained that Erdogan feels that he may lose the elections, so he “may take provocative steps”.

The Financial Times added that these provocations could be declaring a state of emergency under any pretext, or officially declaring that the state religion is Islam in Turkey, which has an officially secular system.

The Financial Times stressed that these provocations will be in order to divide the opposition, and continued, saying that the Turkish president acts as if his power is limitless, but his twenty-year rule appears to be at its weakest, adding that the rise in food and energy prices leads to a decrease in support for the Justice and Development Party in the polls.

Erdogan abolished the parliamentary system and introduced a presidential system, commenting on this by saying: “This individual system has made mistakes”.

The Financial Times confirmed that Erdogan has neutralized parliament, used the judiciary as a weapon, filled almost all the media with his men, and emptied the civil service.

Erdogan has emptied the administration of the AKP, as the basic principles of the party were abandoned, as well as imprisoning the HDP leadership, which deprived the AKP of a parliamentary majority in 2015.