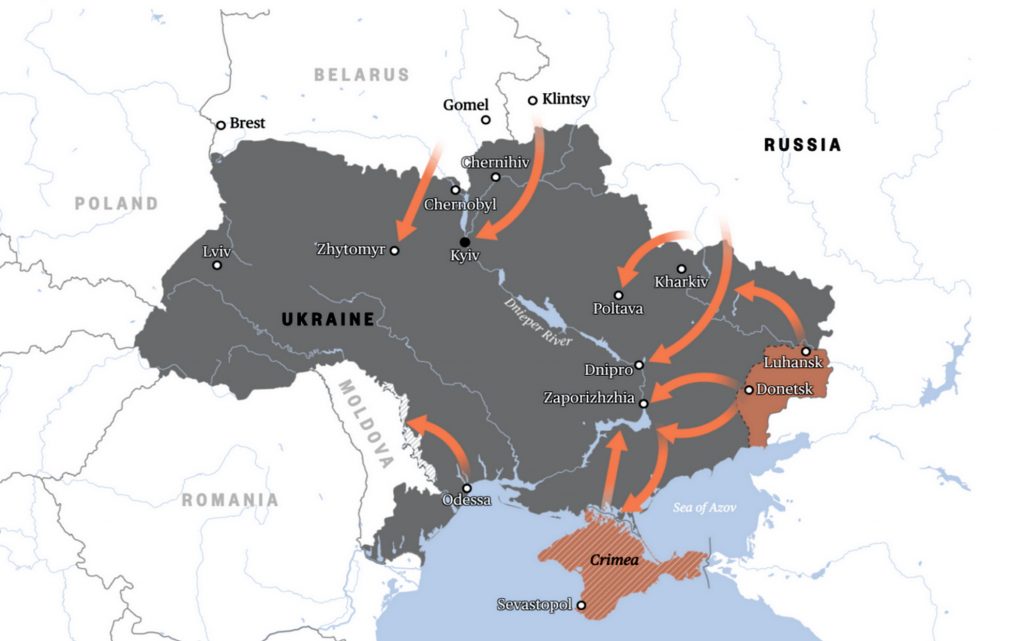 Tensions are rising on the borders of Eastern Europe as Russia and Belarus begin 10-day joint military exercises on Thursday amid ongoing diplomatic efforts to defuse the crisis over fears of a possible Russian invasion of Ukraine.

The Russian Ministry of Defense announced Thursday, in a statement, that the military exercises, dubbed “Allies of Resolve 2022”, began in Belarus and will end on February 20.

“The purpose of the exercise is to define the tasks of suppressing and repelling external aggression while carrying out a defensive operation, combating terrorism, and protecting the interests of the EU countries,” the statement said.

Russia is also planning naval exercises that would shut down large parts of the Black Sea and the Sea of ​​Azov, sparking protests from Ukraine that commercial shipping routes will be choked.

While Moscow’s deployment in Belarus is believed to be the largest since the Cold War, with “an expectation of 30,000 combat troops, Special Operations Forces Spetsnaz, and combat aircraft including Sukhoi Su-35s, dual-capability Iskander missiles, and S-400 air defense systems”.

On Friday, CNN revealed new satellite images by the American technology company Maxar, showing the establishment of camps near the Belarusian border with Ukraine, hundreds of miles from where the exercises were held.

For its part, the American network NBC reported that the US military and intelligence services have identified possible scenarios for Russia’s military intervention in Ukraine.

NBC posted, in a report, Thursday, a map showing seven paths by which Russia may “invade” Ukraine, according to US intelligence and military assessments.

And the NBC network talked about two scenarios for a comprehensive invasion by launching simultaneous attacks from different directions.

According to the first scenario, Russian tanks, and armored vehicles will cross the border and advance towards the cities of Poltava and Kharkiv to encircle them, while the ground forces will advance in three lanes from the Donbas region in the eastern and southern directions, towards the Crimea, in order to control the coast of the Sea of ​​Azov, while military helicopters will launch an air attack from Crimea.

NBC report added that this scenario may also include an ambitious attack aimed at the control of Russian forces on the Ukrainian coast of the Black Sea and then their advance from the Ukrainian port of Odesa towards Moldova in order to establish a land bridge along the coast.

The report noted that one of the options presented in the US assessments is Russia’s seizure of most of the Ukrainian lands east of the Dnieper River, an area in which about 50% of the Ukrainian armed forces are deployed.

As for the second scenario, it is “more hostile”, according to the network, and adds two new axes to the “Russian invasion” in the north, and requires the use of artillery and electronic warfare methods and the advance of Russian forces from Belarusian lands in the south towards the city of Zhytomyr and east to the capital, Kiev, in order to encircle it.

This scenario also suggested that the Russian forces would use another route, passing through the Chernobyl region towards Kiev.

The network indicated that the US government’s assessments of this scenario indicate that Russian tanks may reach the outskirts of Kiev within only 48 hours of the start of the invasion, while the deployment of two batteries of “S-400” missiles in Belarusian territory will give the Russian army superiority in most of Ukraine’s airspace.

The ability to shoot down enemy missiles.

According to the report, both scenarios push for intense artillery and missile attacks and air raids on weapons depots, radars, military aircraft, air defense systems, and other important Ukrainian military facilities, while the death toll among civilians may reach 50 thousand dead and wounded, according to US assessments.

Russia has repeatedly denied having any plans to attack Ukraine, stressing that the movements of its forces within its borders do not threaten anyone and fall into Russia’s internal affairs, and blamed the West for fueling hysteria over the issue.

Ukrainian President Vladimir Zelensky has called on Western officials and the media to stop spreading panic over a possible “Russian invasion”, warning that these “ill-considered” statements are hurting his country’s economy.