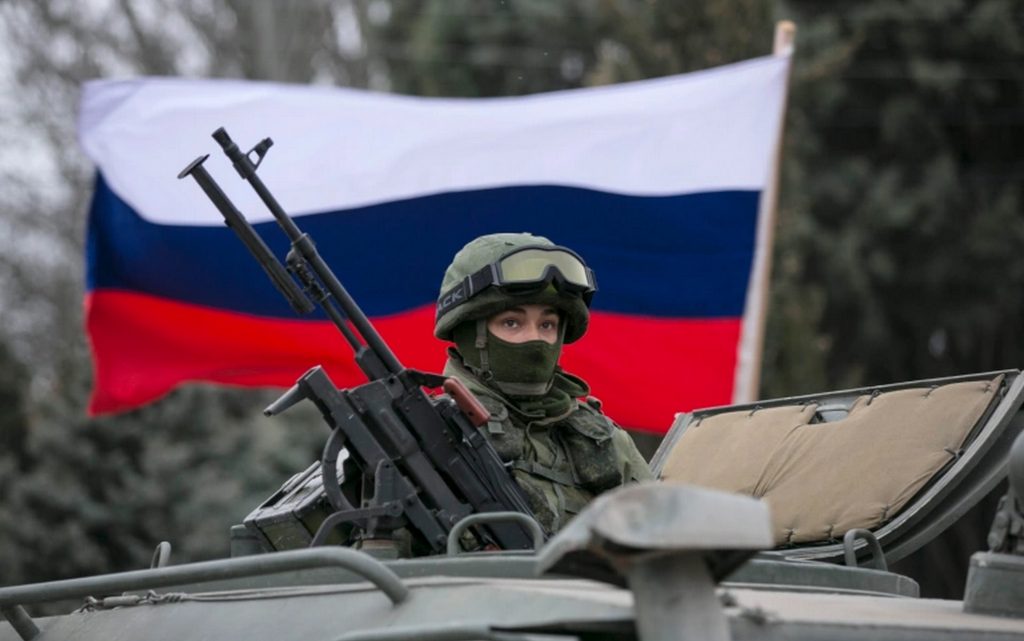 Expectations of a Russian invasion of Ukraine enshrine four facts and shape the scenario of tomorrow:

1- Russia is actually stepping up preparations for military action against Ukraine in response to what Moscow has found of the US military penetration of Ukraine, the deployment of weapons and Western advisers who can restore the balance of power in this country and expel Russia from the Black Sea Crimea is restored to Kiev’s authority.

Putin said in a very emotional tone that Russia would meet this with a war using nuclear weapons, the most dangerous in the world.

2- The deterrence that the United States threatens in the event of a Russian invasion of Ukraine doesn’t seem to frighten Russia.

Putin – and he has real experience from previous years of sanctions – believes that there are always loopholes in the international sanctions regime because the world itself is a major corruption network, and he has undoubtedly prepared for this step since 2014.

3- The political structure of the Russian authority allows reassurance to the front the interior, both for national reasons, convinced of the historical hostility with the West (especially since the Nazi invasion and before that of Napoleon), which is justified by its audience and rooted in Russian culture in the hands of the Kremlin.

4- Russia’s geopolitical weight, its military position, and its previous experiences in the countries that fell under its control (Moscow has already inflicted heavy punishment in Georgia for the same reasons).

Russia’s past experiences indicate that the Russian invasion – if it happens – won’t reach the level of occupying the capital, Kiev, but will invade an eastern part of the Ukrainian lands that are closer in language, culture, and military presence.

And the Russian media announced a few hours ago that the eastern region of Ukraine may ask to join Russia to protect it from NATO.

With a Russian invasion of the eastern region of Ukraine, Russia will have separated two regions of this country: the east (Donetsk) and the south (Crimea), a huge loss of Ukrainian territorial integrity that prevents it from becoming a spearhead for NATO forces against Moscow.

As for the imagined scenario, clashes of unknown origin occur between the forces of the eastern Ukrainian region (Donetsk) and the rest of the Ukrainian forces supported by the West.

Here, the Donetsk region will demand the help of the Russian army, which will respond to this and invade the region in support of friends, and in effect that region becomes part of Russia or on At least his final support for self-determination and complete separation from Ukraine to be a new buffer zone stripping from Ukraine.

The annexation of Donetsk after its military invasion is not a plan born yesterday, but a scenario ready 8 years ago, and some geopolitical and geopolitical scholars in Russia called for it as a proactive step to remove all opportunities for Ukraine to harm Russia.

In fact, since its separation from the Soviet Union, Ukraine has fallen into a major inevitable trap.

On the one hand, its people longed to catch up with Western life, the capitalist economy, cooperate with the United States, and escape from the communist past.

On the other hand, this ambition overlooked the damage that this might cause to Russia in its traditional military conflict with the West.

Rather, he didn’t ignore, but rather underestimated, Russia and miscalculated, which exaggerated reliance on Western powers.

Ukraine, then, pays the price for what is called geopolitics and geopolitics “the fateful fate of the buffer zones, which always fall within the scope of the breaking of forces and the clash of giants”.

And when we say Ukraine is unfair to all of the Ukrainian people, the imminent and destructive war that awaits this country – in addition to the tragedies it has experienced since Russia’s annexation of Crimea in 2014 – is caused by the conflict of the political class and parties and the different affiliation of each faction of them: to the West or to Russia.

The magic solution is difficult, even if it is possible: for Ukraine to return once again to a buffer state separating NATO in the west and Russia in the east.

Unfortunately, this is too late and there is no escape from losses for all parties.

These days, the chances of the most dangerous move on the chessboard are increasing, that Russia will carry out the invasion that brought together 100,000 soldiers on the border.

The danger of this shift is exacerbated by the fact that the United States doesn’t have immediate moves that frighten Russia, and the scene of the sudden withdrawal from Afghanistan, chaos, and humiliation of the Afghan man, and the destruction of his country haven’t yet disappeared from the minds of observers.

Whenever people think that the terms “game of nations” and “chessboard” have disappeared and become a legacy of the Cold War, they, unfortunately, return again to the worlds to which geography has given the greatest “blessing” of unique sites with amazing strategic capabilities, and at the same time the “curse” of their exploitation.

As spearheads against major competitors, Ukraine is nothing but a victim of the genius site in Eastern Europe and a victim whose blessing and capabilities have turned into a curse in a stage of major transformations that began since the dissolution of the Soviet Union 30 years ago or more.