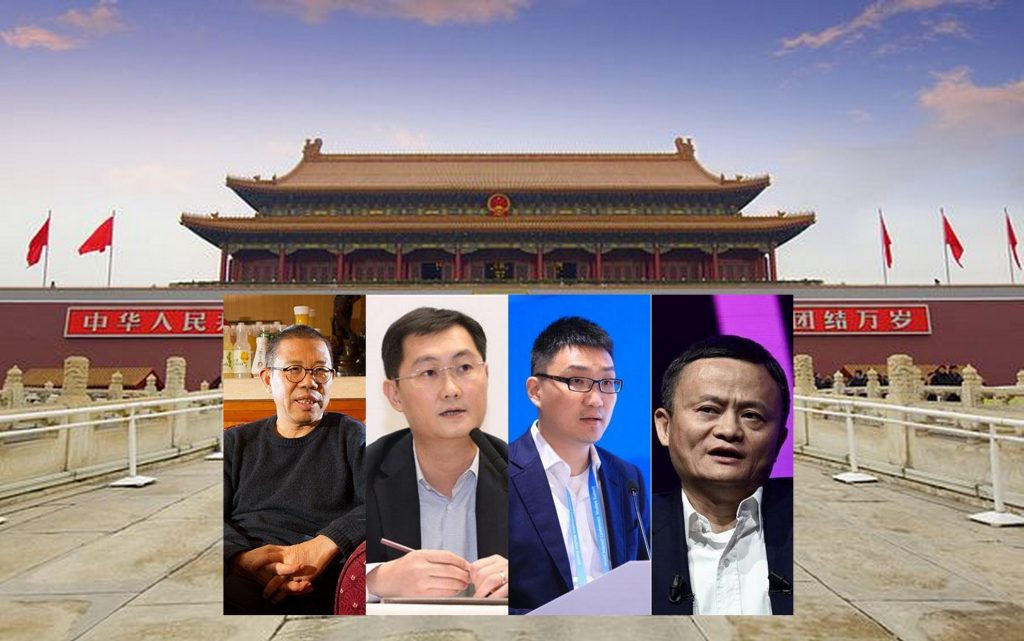 Contrary to the traditional communist system that does not allow for the accumulation of wealth and the establishment of huge dominant corporations as in capitalist countries, China has succeeded in creating a new economic system in which it has transformed the capitalist bosses in its country into fat rams that can be sacrificed at any moment.

In its latest report, the “Bloomberg East” agency monitored the Chinese government’s policy of targeting the wealthy, to reveal the features of this mysterious world and the economic approach followed by the Chinese dragon.

A fit man walked out of his luxurious hotel room in a wheelchair, his head covered with a blanket.

Then, this man hasn’t been seen in public for five years… They’re members of an elite club they never wanted to join, businessmen who have become targets of the opaque legal system of the Chinese Communist Party.

In 2017, China’s anti-corruption watchdog said in a social media post that the party should control the justice system to avoid the “law trap” and the “democracy trap”.

In January of the same year, the commission reinforced its pledge of “ruthlessness” in severing ties between money and power.

Thus, approximately 30,000 people are held in secret in China each year, often without public charges or access to lawyers.

A rights organization has reported that what the United Nations calls “enforced disappearances” has multiplied 10 times under President Xi, who took power in 2012, compared to the previous decade.

China has tightened its control over both wealth and corporate power.

Investigations have intensified under President Xi’s “shared prosperity” campaign, which seeks to mitigate wealth inequality, at least on the surface.

The Communist Party says it is tackling corruption, anti-competitive behavior, and financial and security risks, while critics say it is reining in threats to its control.

By keeping some billionaires out of public view, the party is sending a clear message, says Steve Stang, director of the China Institute at SOAS University in London.

“Profit making is a privilege, not a right,” he adds.

“Major businessmen can survive only at the mercy of the party”.

Wu Xiaohui, the insurance giant in China, has followed a different path of ups and downs.

His insurance group, Anbang Insurance Group, bought the Waldorf Astoria in New York in 2014, as part of a series of high-profile international deals.

And in 2017, the surprise was, and the man kept out of sight without an explicit explanation.

Then the Chinese authorities asked his company to start selling its overseas investments.

He was finally sentenced to 18 years in prison on fraud and corruption charges, nearly a year after his disappearance, a period in which no public charges were revealed.

The case of Wang Chaoyong, a former Morgan Stanley banker, is the latest.

The man served as the chairman of the China Equity Group, a private equity investment firm.

In December, the Chaichen news website reported that “Wang” had not appeared in public for two weeks and was under investigation on charges of financial misconduct, and was released on bail in early January.

The most famous issue in this regard was the question of investors around the world about the disappearance of billionaire “Jack Ma”, founder of the e-commerce giant “alibaba.com”, for several months starting in November 2020.

At that time, the company’s shares collapsed violently, and it later became clear that “Jack” was playing golf on the Chinese island of Hainan, and remained out of sight after giving a fiery speech in which he criticized the regulators.

In China, a company’s success often depends largely on its boss’s connections within the Communist Party.

As a result, the company’s shares can collapse “when someone close to the party disappears”, experts assert.

That is why the damage caused by such events is fueling the growing debate about whether China’s massive markets are worth the risk.