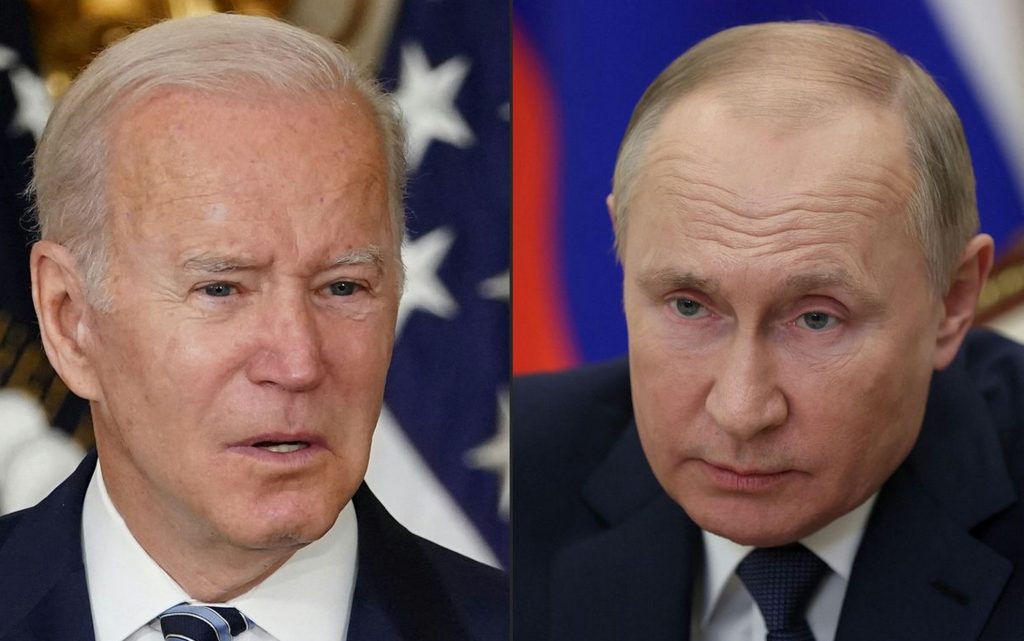 The US President Joe Biden stressed, during a phone call with his Russian counterpart, Vladimir Putin, on Saturday, that Washington is ready for all scenarios as much as it is ready to commit to the diplomatic track, regarding the crisis in Ukraine.

And the White House said, in a statement, that Biden spoke today to Putin about increasing the Russian military build-up at the borders of Ukraine, so that the US president was clear that if Russia invades Ukraine, the United States and its allies will respond decisively, imposing severe sanctions on Russia.

Biden stressed that a Russian invasion of Ukraine would generate widespread human suffering and reduce Russia’s standing, according to the statement issued by the White House.

While the United States remains ready to engage in diplomacy, we are also ready, in full coordination with our allies and partners, for other scenarios, the US president made clear to his Russian counterpart.

For its part, the Kremlin said that “the conversation between Putin and Biden took place in the light of unprecedented hysteria, which was caused by Washington’s allegations about a possible Russian invasion of Ukraine”.

During the call between him and Biden, the Kremlin added that Putin denounced the false information about the “Russian invasion” against Ukraine and told the US president that “the West is not putting enough pressure on Ukraine to implement the Minsk agreements”.

In turn, the Russian President’s Assistant for International Affairs, Yuri Ushakov, said on Saturday, that Biden stressed, during the call between him and Putin, that “Russia and the United States, although they remain rivals, must do everything in their power to prevent the worst scenario in Ukraine”.

Ushakov noted that “the conversation was balanced and pragmatic,” and that “the two leaders agreed to continue contacts to discuss all the issues discussed in the phone call”.

“I think the media coverage is unprecedented because all Western media that present themselves as independent have shown their true face by presenting this Washington-made story”, Zakharova said.

Zakharova added that “we must treat reports of a Russian invasion of Ukraine as a fit of hysteria, and the purpose of this hysteria is to escalate the situation and, of course, to create a provocation… This is part of a widespread international provocation”.

The Russian Foreign Ministry spokeswoman added that “this provocation did not start two months ago, but the ground has been prepared for it long ago, since the start of the Ukrainian conflict, which is actively managed by the United States”.

Contacts continued between the Russian and US sides to discuss the crisis in Ukraine.

On Saturday, Russian Foreign Minister Sergey Lavrov and his American counterpart, Antony Blinkin, had a phone conversation, “at an American initiative”.

Another conversation took place at the level of the defense ministers.

During the call, Lavrov said that “the propaganda campaign of the United States and its allies on the Russian aggression against Ukraine seeks to achieve provocative goals,” while Blinken stressed, “A diplomatic solution to the Ukrainian crisis is still available, but Moscow must de-escalate the escalation”.

Russian Defense Minister Sergei Shoigu discussed with his US counterpart Lloyd Austin, “the Russian military build-up in Crimea and at the borders of Ukraine”.

Shoigu announced, on Friday, that Moscow had studied the response of the United States and the North Atlantic Treaty Organization “NATO” to security guarantees, and that Russia’s response would come soon.

At the same time, Ukrainian President Volodymyr Zelensky criticized recent US allegations that the Russian Kremlin “plans to invade his country” next week, saying that they “cause panic, not help”.

“The truth is we have different information,” Zelensky said.

Now, the enemies’ best friend is panic in our country,” he said, adding that “all this information only helps create panic, it doesn’t help us”.

During a NATO meeting, Biden predicted that “Russia may attack Ukraine next Wednesday,” which is on February 16, according to the Politico website.