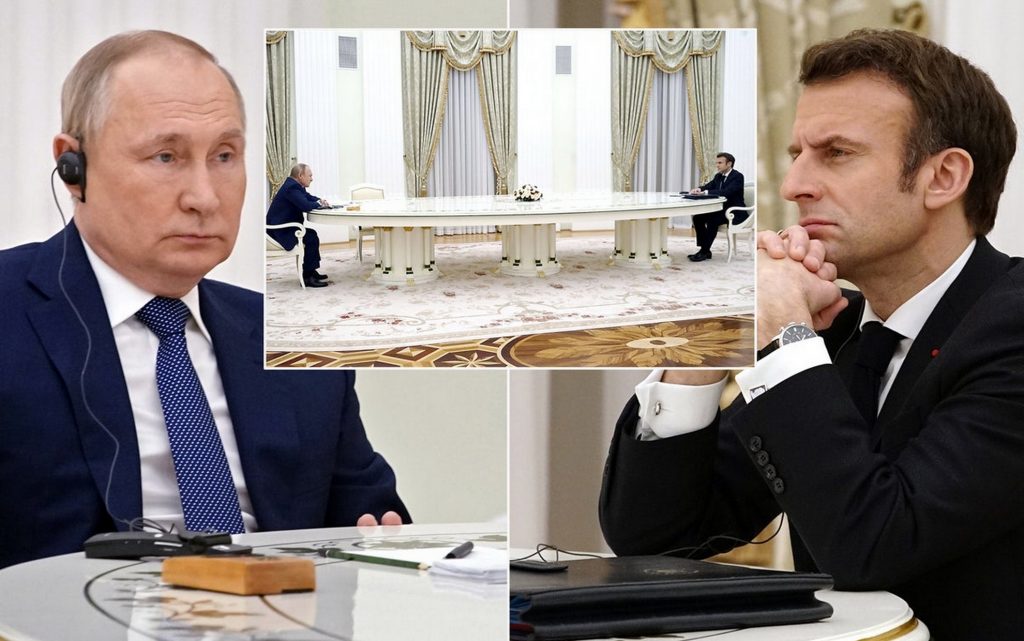 Russian President Vladimir Putin expressed his readiness to find compromises and was open to President Emmanuel Macron’s proposals on the Ukrainian file, but at the same time threatened that Kiev’s accession to NATO would cause conflict on the European continent.

“If Ukraine joins NATO and tries to regain Crimea by military means, European countries will automatically be drawn into a conflict with Russia,” Putin said during a press conference in Moscow on Monday 07/02.

Turning to the Western powers, he added, “Of course, we cannot compare the Russian military capabilities with the capabilities of the NATO countries combined, but we understand that Russia is a nuclear power that exceeds the rest… and you won’t even have time to respond to us”.

“Neither I nor President Macron, want this conflict,” Putin added.

And here he is talking to me for 6 hours and I think his mission is brave and I am grateful to him for trying to find compromises acceptable to all of us”.

Putin renewed his criticism of NATO, accusing it of having expanded in the past thirty years to the extent that it poses a threat to Russia without addressing Russia’s mobilization of tens of thousands of soldiers on the border with Ukraine, raising fears of a new invasion of this country.

From his part, French President Emmanuel Macron confirmed that he had obtained from his Russian counterpart Vladimir Putin, during their talks, “there is no deterioration or escalation” in the crisis between Russia and the West over Ukraine.

“The goal for me was to stop the game, to prevent an escalation, and to open up new possibilities… This goal has been achieved for me,” Macron said.

Macron’s statement came to reporters on a plane taking him from Moscow to Kiev, where he will meet with Ukrainian President Volodymyr Zelensky, who is massing Russian forces in large numbers at his country’s borders.