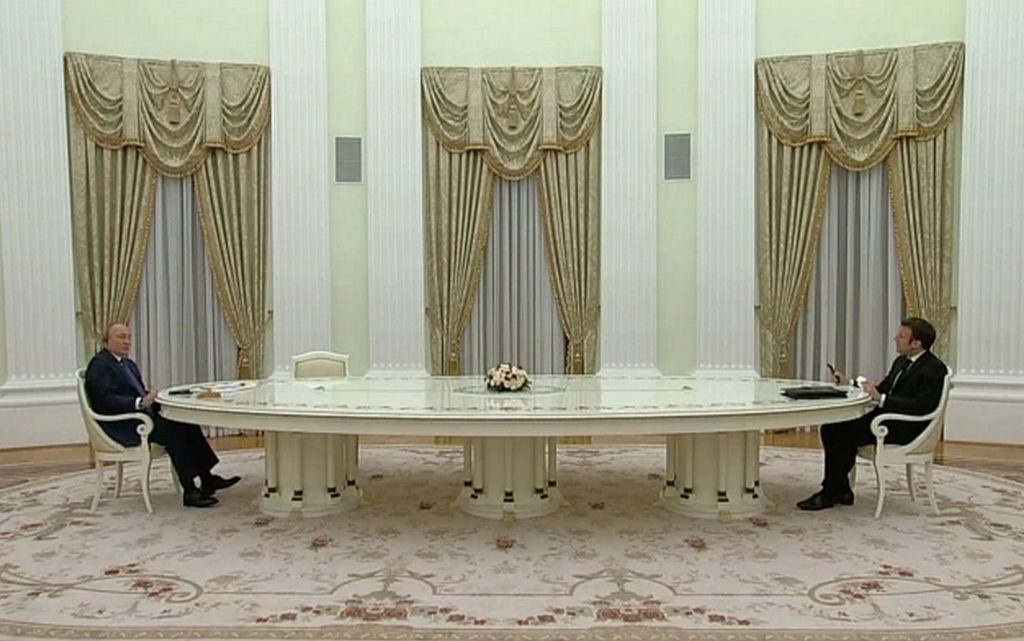 The Financial Times, citing French sources, reported that against the backdrop of talks in Moscow between the Russian and French presidents, there are signs of movement towards calming the situation around Ukraine.

According to the newspaper, quoting French sources, they claimed that “Russia moved towards calming the situation around Ukraine, in particular the withdrawal of the Russian army from Belarus after the completion of the exercises discussed”.

According to officials in France, an agreement was reached not to take new military initiatives and to enter into a broad dialogue about the deployment of Russian forces.

The two officials said the agreement could also include the withdrawal of Russian forces from Belarus this month after the completion of large-scale joint exercises.

It is noteworthy that neither Putin nor Macron mentioned discussing such promises during a press conference after the talks.

Russian President Vladimir Putin said at the end of his talks with French President Emmanuel Macron on Monday that the United States and NATO ignored the concerns expressed by Russia in its proposals regarding security guarantees.

The Russian president was surprised by Western statements regarding the dangerous nature of the movements of Russian forces within Russia’s territory, noting that this talk was baseless.

The French President is heading to Kiev to meet with Ukrainian President Vladimir Zelensky, after his talks yesterday with Putin, regarding Ukraine.

It is noteworthy that in the past few months, Kiev and Western countries have resorted to making statements and allegations about an alleged increase in “aggressive actions” by Russia near the borders of Ukraine, and allegations about Russia’s intention to “invade Ukraine”, but Russia has repeatedly rejected these accusations, saying that it moves its forces within its territory according to its assessments and that it doesn’t threaten anyone and will not attack anyone, noting that the West is using these statements about “Russian aggression” as a pretext to place more NATO military equipment near the Russian borders.