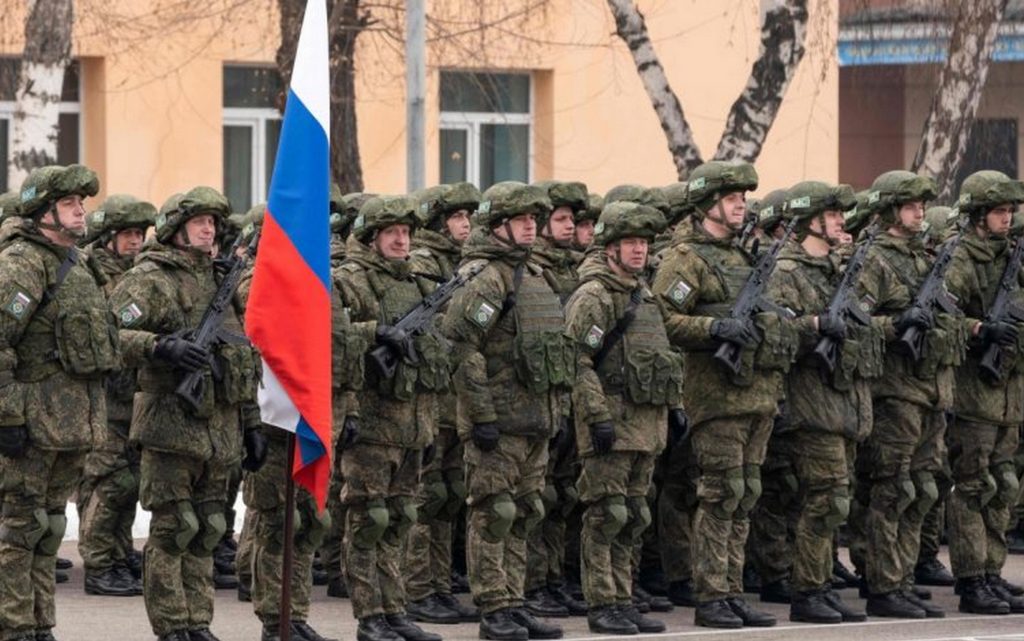 A Ukrainian general confirmed, in statements he made on a local station, that the Russian army is able to organize the operation to take control of Kyiv at lightning speed, noting that this process will not take more than 40 minutes for everything to be finished, as he claims.

One of the former Ukrainian leaders, General Sergei Krivonos, said in statements made live on the “Abasrov” channel that “in the event of an outbreak of hostilities, Russia may not enter the territory of Ukraine until the last moment, as it will strike important strategic military installations and concentrations of the Ukrainian armed forces with accurate weapons, which is what the Russian army has”.

The Ukrainian commander indicated that the Russian army may “carry out strikes from the Caspian Sea, as the range of Russian missiles allows this”.

Noting that “the Ukrainian armed forces have nothing to intercept these missiles, as the current air defense system around Kyiv will be the first to be destroyed”.

And the general continued, explaining his opinion of the method of the alleged moves: “After the Russian army hits important targets and facilities, the Russian army will start moving troops and it will take a very short time to do so, and Kyiv can actually be controlled 40 minutes after crossing the border,” according to “Vine Observerini”.

The general noted that Russia, in recent years, has honed its skills in transportation operations, and this was demonstrated by the recent events in Kazakhstan, stressing that Russia had trained its personnel, so “the enemy shouldn’t be underestimated,” according to his allegations.

And the general indicated that the Russian soldiers, “are trained and know the methods of maneuvering, and they know that there are seven airports around Kyiv, where it is possible to carry out the landing of front detachments of helicopters directly, and then military transport planes can land”.

The general expressed his opinion about the state of the Ukrainian army.

“The number of personnel in the units is 50-60% of the required minimum.

The situation in the troops is catastrophic despite the loud statements of the authorities.

It is worth noting that Russia has not shown any intention to do such a thing, and has repeatedly denied Western allegations that it is ready for this alleged invasion of Ukraine, and the West insists on repeating these calls warning that a massive Russian military buildup on its western borders is preparing to invade Ukraine.

Moscow replies that it has the right to move, mobilize and mobilize its forces within its borders as it wants and completely rejects interference in its private affairs, especially the military.

At the same time, Russia doesn’t deny its fears of aggressive military moves by NATO and its partners in the Eastern European region.

Russia has constantly warned of the risks of Western militarization of the Eastern European region, including the deployment of missiles, the mobilization of forces, and the provision of military support to some parties, which threatens its national security, especially in light of the pressure of the Western military alliance to expand towards its territory.