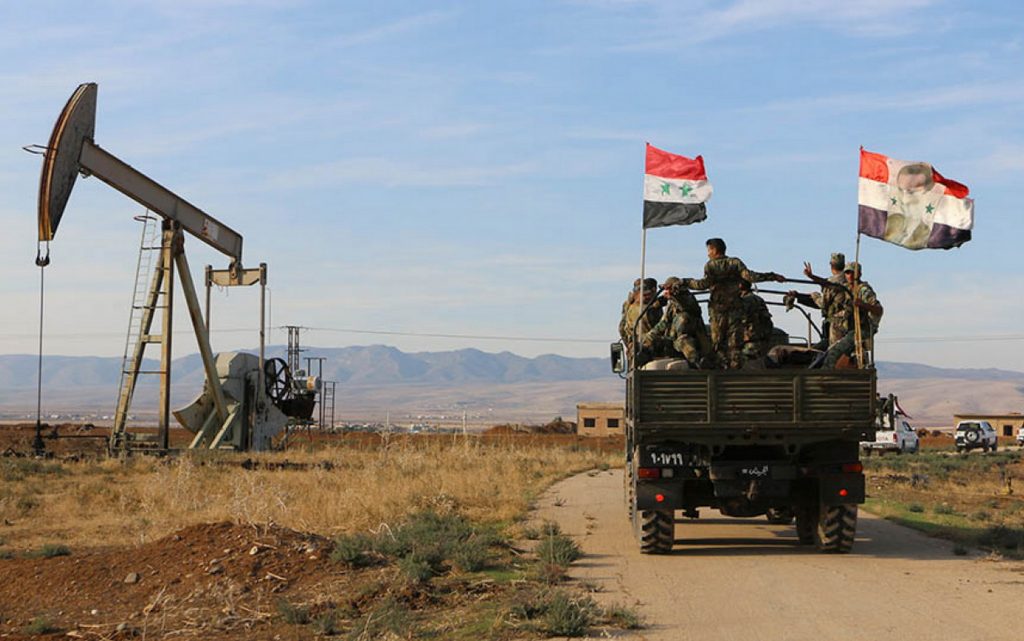 The Ministry of Oil and Mineral Resources in Syria announced that “the total direct and indirect losses in the oil sector amounted to about 100.5 billion dollars since the beginning of the war on Syria so far”.

On Saturday, the Syrian official News Agency, SANA, published statements about the ministry during a meeting following the plan of the Ministry of Oil and Mineral Resources, which included a review of what had been accomplished, and a follow-up to the plan of the past year for its affiliated institutions and companies, in which it stated that “oil production during the past year amounted to about 31.4 million barrels, with an average daily production of 85.9 thousand barrels, of which 16,000 barrels per day reach the refineries, and up to 70,000 barrels are stolen on a daily basis by the US occupation forces and their mercenaries from the occupied fields in the eastern region.

The average quantities delivered to the Ministry of Electricity on a daily basis amounted to 9 million cubic meters, including the Suwayda station, during the past year.

The ministry added that “since the beginning of the war on Syria, the number of human casualties in the oil and mineral resources sector has reached 235, 46, dead or injured, and the number of kidnapped 112, and the total direct and indirect losses in the ministry have reached nearly 100.5 billion dollars so far”.