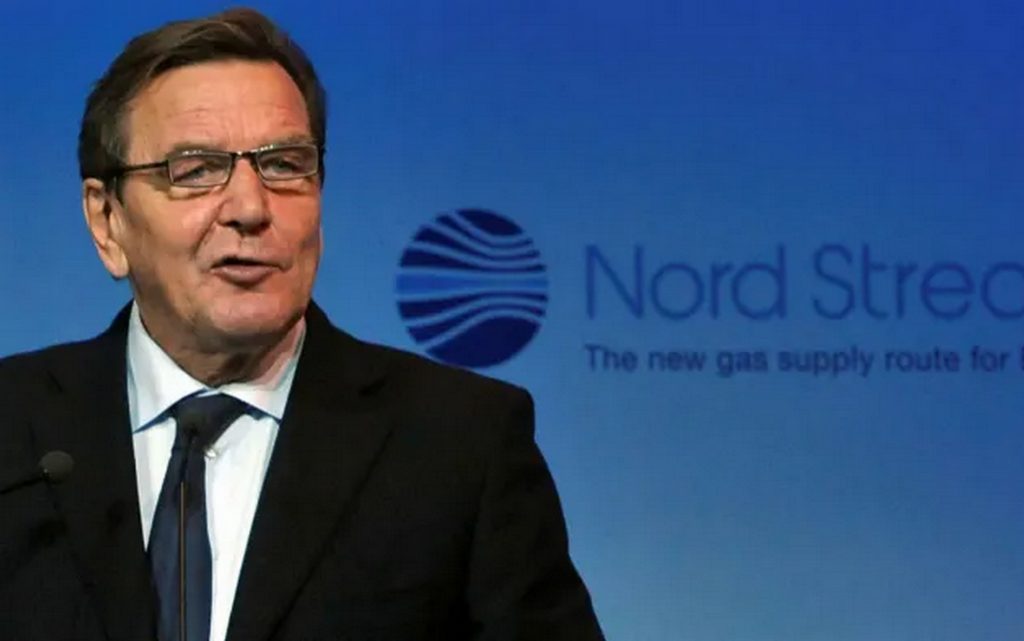 The Russian state gas giant Gazprom announced Friday that former German Chancellor Gerhard Schroeder is a candidate for membership in its board of directors, in an additional position that this old friend of President Vladimir Putin is likely to get.

The group said in a statement that Schroeder, 77, a former Social Democratic chancellor, was one of Gazprom’s nominees for its board of directors.

Gazprom’s statement added that the names on the list of candidates for membership of the group’s board of directors will be subject to a vote during the next meeting of the general assembly of its shareholders, which is scheduled to be held next June.

Schroeder currently chairs the board of directors of Rosneft, Russia’s largest oil group, and chairs the shareholder committee of Nord Stream 2, the controversial Russian-German gas pipeline also built by Gazprom.

The former chancellor’s strong pro-Kremlin stances are causing resentment in Berlin, especially in the context of the current tensions between Moscow and the West over Ukraine.

Among these positions is the warning that the former chancellor recently addressed to Kyiv and his defense of Russia’s decision to mobilize tens of thousands of its soldiers on its border with Ukraine.

These positions necessitated the new German Chancellor Olaf Scholz to distance himself from Schroeder, especially with regard to everything related to the current Ukrainian crisis, as he said publicly, “I didn’t ask him for advice, nor did he give me one”.

In response to Gazprom’s announcement, Liberal Democrat MP Marie-Agnes Struck-Zimmermann on Friday asked for a review of the privileges granted to Schroeder as a former chancellor, led by an office in the German parliament and a team of associates.

In a tweet on Twitter, the deputy accused the former chancellor of “harming the country he is supposed to serve” by “allowing himself to be paid, without any problem, a huge wage by a tyrant”.

Berlin cooperates closely with Moscow in the energy field, and Germany currently imports 55 percent of its gas from Russia.

But Berlin is currently seeking to build LNG terminals to import gas by sea, with the aim of reducing its dependence on Russian gas.