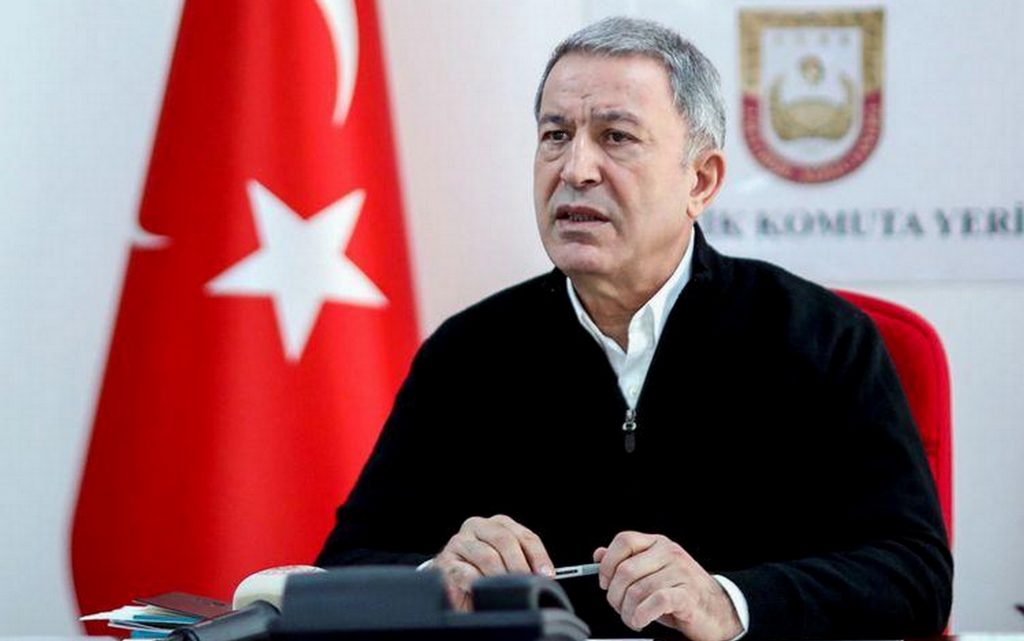 Turkish Defense Minister Hulusi Akar announced that he had contracted the Coronavirus, a day after President Recep Tayyip Erdogan and his wife was infected.

This was reported by the Turkish Anadolu news agency on Sunday, which indicated that the health status of the Minister of Defense is good.

On Saturday, Erdogan announced that he had the Omicron mutated, according to the tests conducted by him and his wife, after they felt mild symptoms.

Erdogan confirmed, on Sunday, that he and his wife continue to work from home and that their health condition is stable.