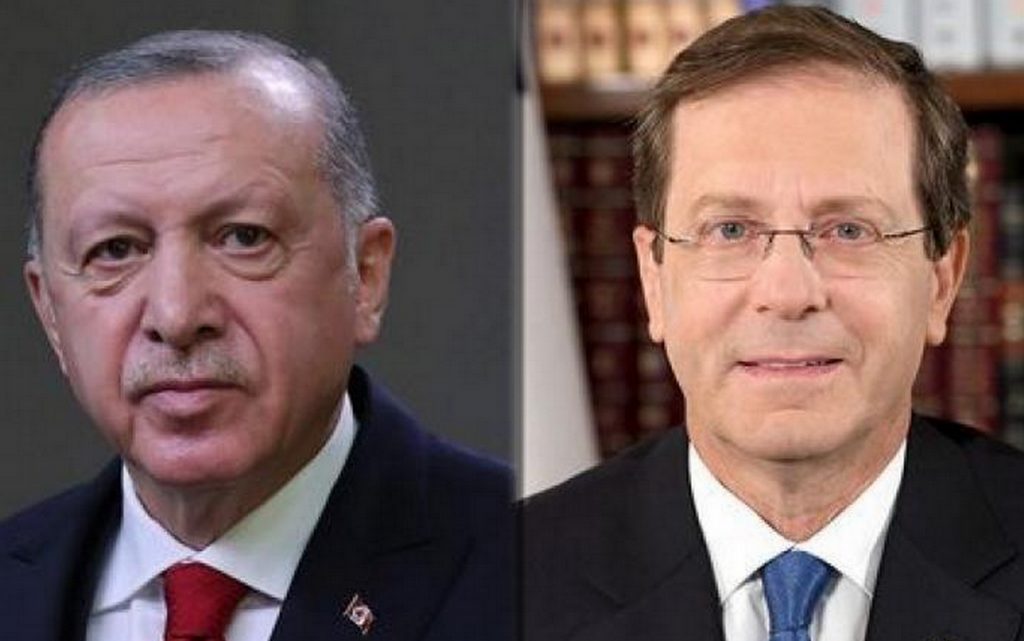 Media quoted Turkish President Recep Tayyip Erdogan as saying on Friday, February 4, 2022, that Turkey and Israel can work together to transfer natural gas from Israel to Europe, and that the two countries will discuss energy cooperation during the talks next month.

Turkey is repairing its strained regional relations with Israel and other countries as part of an effort that began in 2020.

In an apparent lull after years of hostility, Erdogan said on Thursday that Israeli President Yitzhak Herzog would visit Turkey in mid-March.

Turkish media quoted Erdogan as telling reporters during his return trip from Kyiv that energy cooperation will be on the agenda during Herzog’s visit, adding that Ankara is also in talks about signing an agreement to supply natural gas with Iraq.