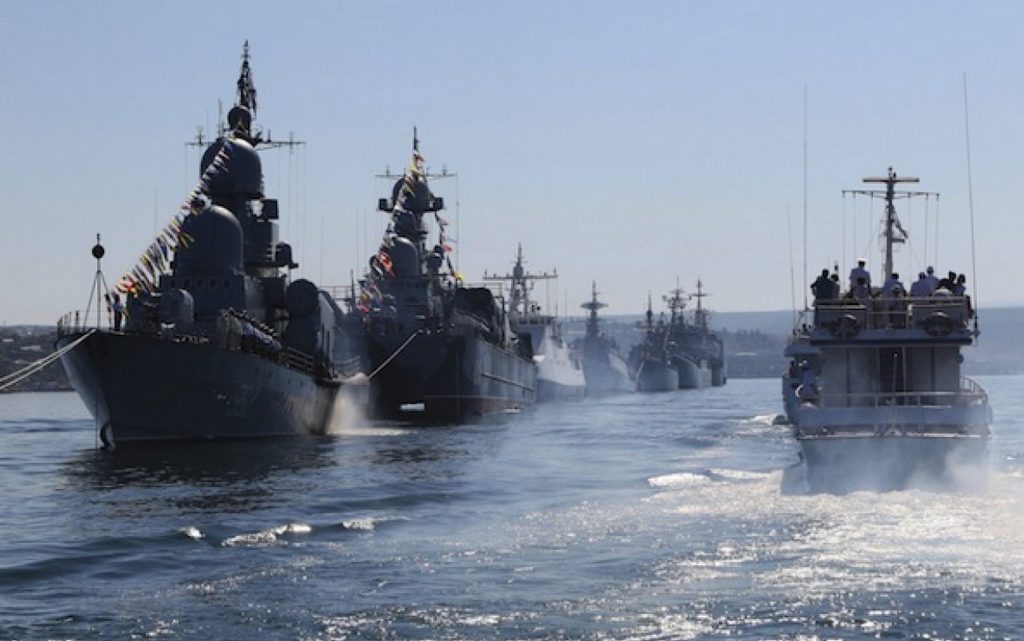 In a matter of weeks, the docks of the main bases of the North Pacific, Black Sea, and Baltic fleets will be practically empty.

According to the Russian Ministry of Defense, at the end of January and during February, all combat-ready ships, submarines, boats, and support ships will be directed simultaneously and apparently according to a unified plan to the combat training grounds in the Mediterranean, the North Sea, the Sea of ​​Okhotsk, and to the northern parts’ eastern parts of the Atlantic and Pacific oceans.

What does the General Staff of the Russian Armed Forces intend?

In an attempt to answer this question, the following is remarkable: at about the same time from February 10, 2022, the active phase of the large joint Russian-Belarusian exercises “Allied Resolution 2022” will begin on the territory of Belarus, near the borders with Poland and Ukraine.

They are maneuvers with the widest spatial scope imaginable.

As General Alexander Fomin, Russia Deputy Defense Minister has explained, we should not only take “measures within the limits of our responsibility but also be prepared to solve tasks that may arise anywhere”.

In other words, the Kremlin hints very transparently that Moscow sees, more and more, the reality of a direct military confrontation with the forces of the NATO bloc in the western strategic direction.

There is a danger that the main events, according to this scenario, will take place in Poland and on the Belarusian and Ukrainian territories.

It would be very strange if the Russian Navy, along with ground forces, paratroopers, and aviation, did not approach Belarus to repel the supposedly overwhelming striking force of NATO and its allies.

That is, to be in the right place to hit its targets in Western Europe with high-precision missiles from the sea.