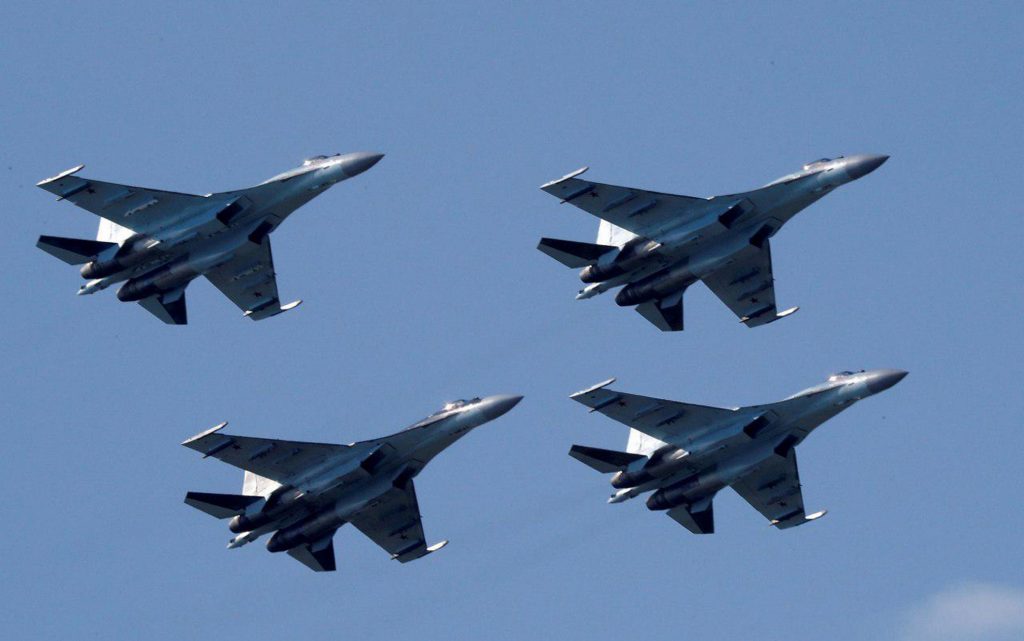 The Russian Defense Ministry announced that Syrian and Russian military aircraft carried out joint patrols in the airspace along the Syrian border, on Monday, stressing that “the two countries plan to conduct these patrols regularly”.

The path of the group of Syrian and Russian fighters included flying over the occupied Syrian Golan, at the armistice line between Syria and the occupied lands at the Golan heights.

The Russian statement stated that “the path of the mission was the Golan Heights, the eastern border of Syria, the Euphrates River and northern Syria”.