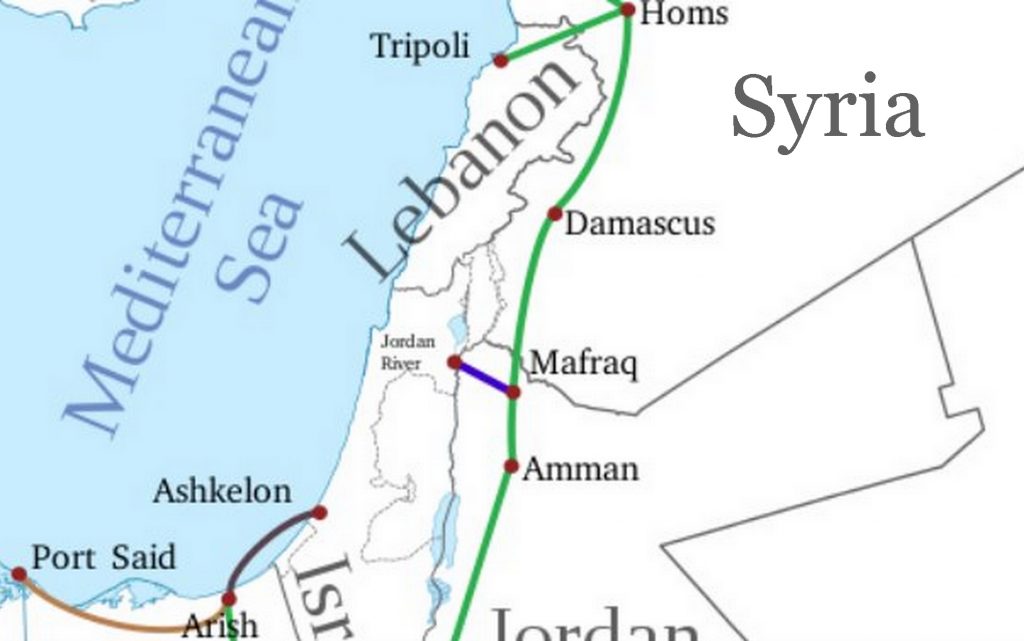 The energy ministers of Jordan, Syria, and Lebanon expect to conclude an agreement, next week, for trilateral cooperation in the field of electricity supply.

The electricity deal is part of a massive plan to launch the Arab Gas Pipeline, a pipeline that will connect Egypt, Jordan, Syria, and Lebanon.

Although Damascus, which is subject to unilateral US sanctions, is part of the project, the administration of President Joseph Biden supports its implementation.

The idea of ​​the Arab Gas Pipeline has been actively discussed in recent months, although it is generally an attempt to revive the 2009 project for gas supplies from Egypt to Lebanon.

However, suspicions that Egypt is the main source of hydrocarbons are gradually increasing.

Israeli media recently reported that the Jewish state will play a central role in supplying Lebanon with natural gas. According to the 12th Israeli TV channel, the gas will be pumped from the Mediterranean Leviathan field to Jordan and from there to Syria and Lebanon.

The purpose of the alleged Israeli participation, according to Channel 12, is to reduce Iranian influence in the economic, and thus political, life in Lebanon.

It is also likely that Iranian influence will be contained in the United States’ interest.

However, the Biden administration was quick to distance itself from reports of gas being pumped from the Leviathan field to Beirut.

The Russian side, in turn, views such projects positively, as the Russian President’s special representative for Syria, Alexander Lavrentiev, indicated last December, such initiatives can bring additional income to official Damascus.

It follows from Lavrentiev’s statements that the trend towards easing the pressure of international sanctions on the government of President Bashar al Assad will intensify in 2022.

If anything is to be harmed by the implementation of the Arab Gas Pipeline Initiative, it is, most likely, the tools of US sanctions.

The “rehabilitation” of the Syrian government, facilitated by the Energy Initiative, according to Brookings Institution researchers, undermines the credibility of US sanctions policy.