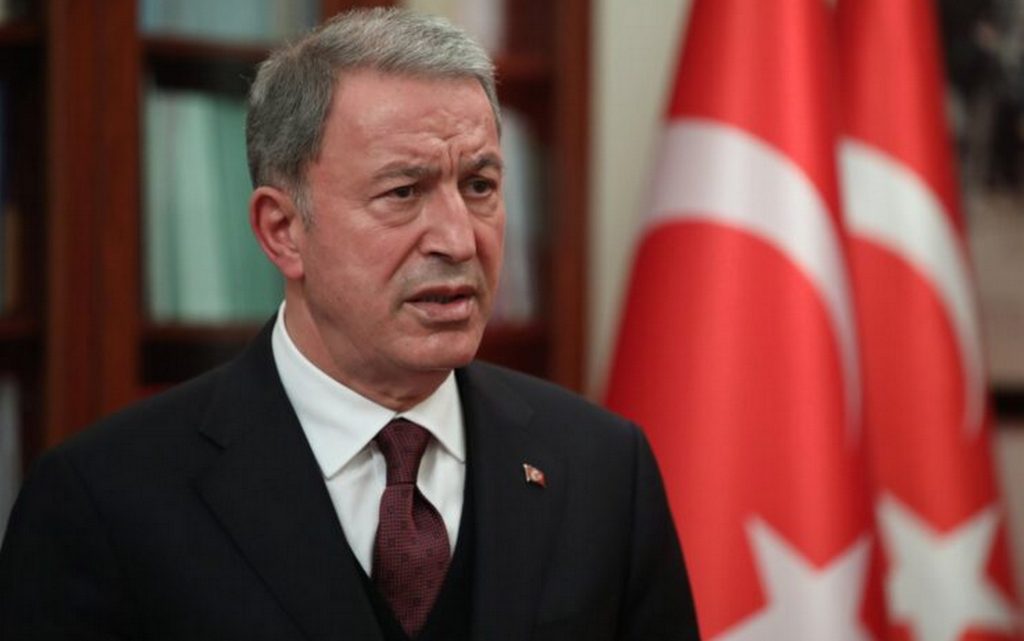 On Saturday, the Turkish Defense Minister Hulusi Akar stressed the need to resolve the crisis in relations between Russia and Ukraine “peacefully within the framework of international law and respect for the territorial integrity of Ukraine”.

“We affirm in all international forums that the crisis between Russia and Ukraine should be resolved peacefully, in accordance with international law and within the framework of respecting the territorial integrity of Ukraine,” Akar said, during an interview with the magazine “M5” for Defense and Domestic Strategy.

With regard to Russia’s objection to Turkey’s sale of combat drones to Ukraine, Akar indicated that his country holds many cooperation activities with Russia, Ukraine and allied countries in various fields, including the defense industries, noting that the sale of drones to Ukraine is one aspect of that cooperation.

He considered that “Ukraine’s import and use of these systems is a matter subject to its own discretion, and therefore Turkey cannot be blamed for exporting these systems”, noting that Ukraine is a partner of “improved opportunities” for NATO.

Ankara maintains close relations with Kiev and supports the position of the authorities in Kiev on the issue of the Crimea, which returned in 2014 to the strength of Russia after a popular referendum in this regard.

The authorities in Kiev, the US administration and its allies claim insistently that Russia is amassing large forces, numbering more than 100,000, near the Ukrainian border, “in preparation for a new invasion” of the Ukrainian lands.

Russia has repeatedly stressed that it has no intention of launching any operation against Ukraine, stressing that all reports that speak of this are false and the purpose of these allegations is to escalate tension in the region and inflame anti-Russian rhetoric in preparation for new economic sanctions and justify NATO’s expansion to the east, which Moscow strongly opposes, saying It threatens Russian security.

Against the backdrop of the recent wave of escalation in the region, Turkish President Recep Tayyip Erdogan presented an initiative to mediate between Russia and Ukraine to reduce this tension.