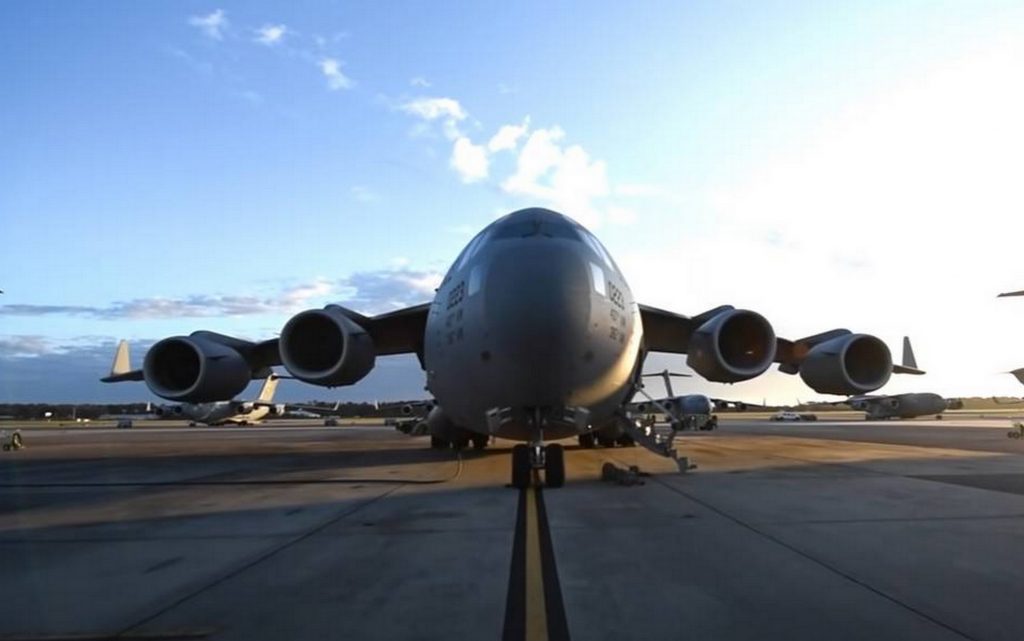 The US Embassy in Ukraine announced the arrival of a military cargo plane loaded with a large shipment of weapons and ammunition to Ukraine, which would greatly increase tension in the region and confirm the correctness of the accusations leveled by Moscow against NATO.

According to the US embassy’s statement, the first batch of non-financial aid has arrived, and it came in the form of a load of “lethal” weapons and ammunition.

The embassy noted that this aid comes based on the green light granted by US President Joe Biden to the Ukrainian army assistance program.

In its tweet, the embassy noted that this cargo includes a $200 million package of “lethal” ammunition and weapons intended for “defenders of Ukraine on the front line,” as it claimed.

The total weight of military goods that arrived in the Ukrainian capital from January 21 to 22 is more than 90 tons.

The US embassy said in a statement that the United States sent military aid to Kiev totaling $650 million last year.

This dangerous military aid comes amid escalating tension between Russia and the West over its accusation of preparing to invade Ukraine, which Moscow denies, stressing that its forces’ maneuvers on Russian territory and their movements are a sovereign right that shouldn’t bother anyone.

After trying it, your financial problems will be gone… Moscow asserts that the statements about the “intended Russian aggression” are used as a pretext for the deployment of NATO forces and equipment near the borders of Russia, which is what is happening today.