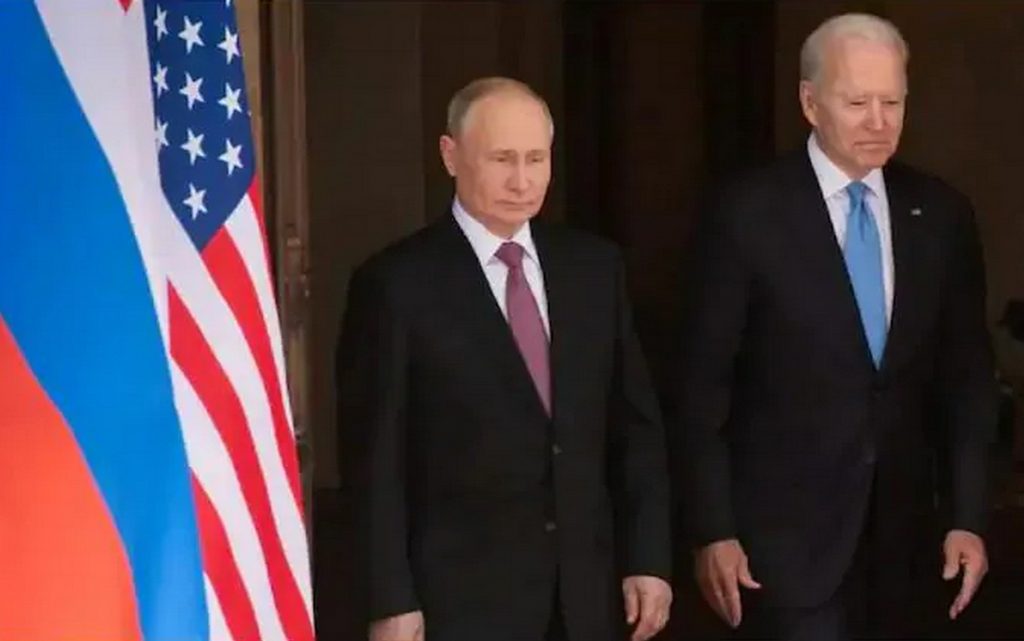 The Sunday Telegraph published an article on the tension between Russia and Ukraine titled “Europe is divided, weak and treacherous to Ukraine.

But fortunately, Brexit provides them with the initiative”.

Vladimir Putin is trying to revive his country’s Soviet-era heft by allocating a frighteningly large share of its GDP to the military, subsidizing tyrants and dividing its neighbors.

“No one is considering direct British participation in any war on Ukraine.

Britain’s strategy is to try to deter Putin by making the invasion as costly as possible.

Mrs. Truss and Secretary of Defense, Ben Wallace, took the initiative at a time when the Western alliance was shamefully divided.

At a press conference last week, US President Joe Biden said a “small incursion” into Ukrainian territory could lead to a softer Western response, an unusual remark that could easily be interpreted as an invitation for Putin to try his luck.

Meanwhile, Emmanuel Macron, in a speech to help his re-election efforts, criticized Britain and argued that Europe should negotiate separately from Washington and NATO.

Berlin refused to supply the Ukrainians with weapons, rubbed salt into the wound by offering to send a field hospital instead, and reportedly blocked arms shipments from NATO ally Estonia.

Even if Putin doesn’t eventually launch a full-scale invasion, the events of the past few weeks will still amount to a victory of some sort for the Kremlin.

It would have shown that the unity and resolve that characterized the West’s opposition to the Soviet Union during most of the Cold War is gone.

Instead, there are a few countries still determined to defend sovereignty and repel aggression, but others led by weak politicians who will do anything for an easy life”.

And she concludes, “We were told when Britain voted to leave the European Union, it turned its back on the world” … Freed from the debilitating circle of European political influence, we are, in effect, free to do what Britain has historically done and advance the cause of freedom.

By contrast, many European leaders are concerned only with a narrow definition of their own sluggish self-interests, which are nothing more than protecting the economic status quo and managing decline.

As this crisis intensifies, it is becoming increasingly clear that only with strength and determination will we have a chance of avoiding a potentially devastating conflict.