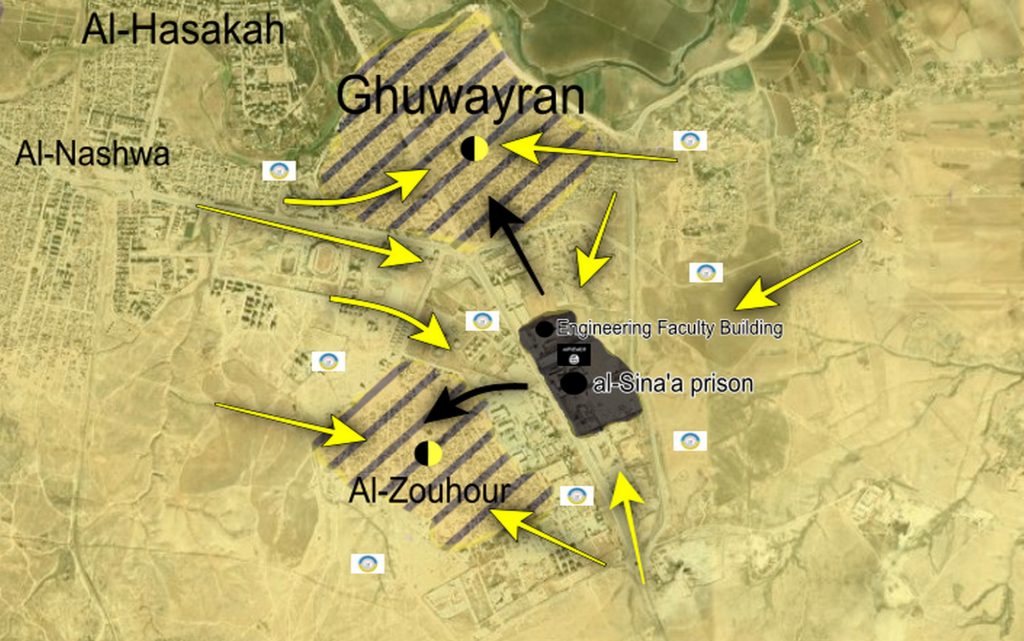 Fighting continues for the third day in a row between ISIS fighters and Kurdish forces in northeastern Syria, following an attack by jihadists on a prison that killed more than 70 people.

Sources in the region confirmed that the clashes had killed 30 members of the Kurdish security forces, nearly 45 ISIS fighters and five civilians since the start of the attack on Ghoyran prison in the city of Hasakah in northeastern Syria.

Last Thursday night, jihadists attacked the Ghoyran prison in the city of Hasakah, which houses thousands of ISIS members.

Kurdish forces are trying to contain this attack, which is the largest launched by the Islamic State since its defeat in Syria in March 2019.

The Syria Democratic Forces, confronted the operation, as clashes are taking place between the two sides, leaving dead and wounded, and dozens of prisoners managed to escape.

A hundred of ISIS prisoners were arrested, while dozens of them are still on the run.

According to the director of the media center of the SDF, Farhad Shami, said that “the exceptional situation continues in the prison and its surroundings, and currently there are clashes on the northern side of the prison perimeter”.

The Islamic State, through its Amaq news agency, claimed on the Telegram application the “widespread attack” on the prison with the aim of “liberating the prisoners held inside,” noting that “clashes are still ongoing in the vicinity of the prison and other neighborhoods”.

The prisons located in the vast areas controlled by the Kurds in northern Syria contain about 12,000 jihadists of about fifty nationalities, according to the Kurdish authorities.