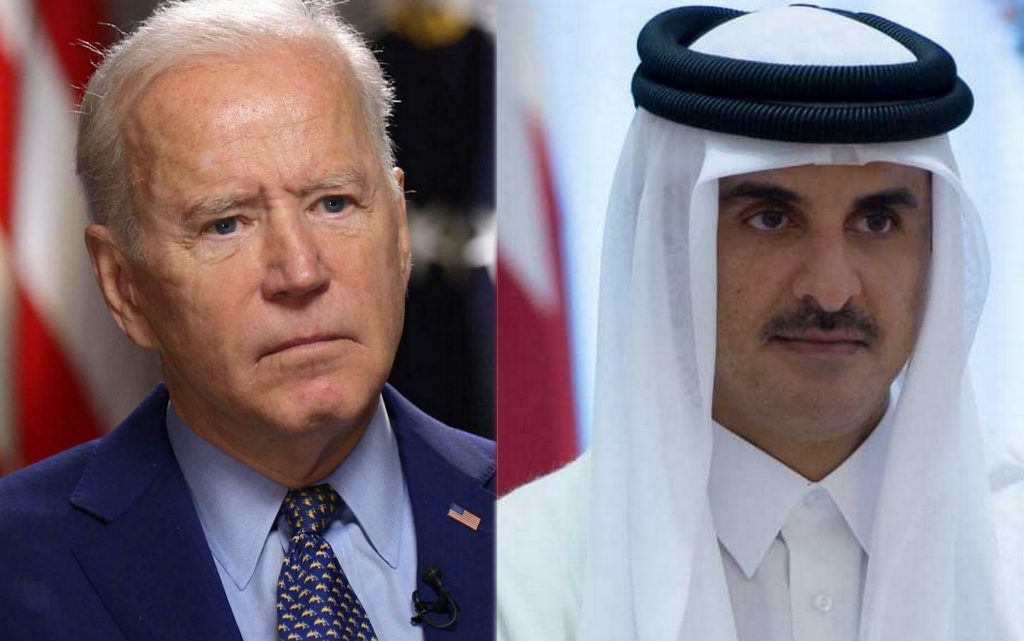 Bloomberg news agency reported, on Sunday, that US President Joe Biden will ask the Emir of Qatar, Sheikh Tamim bin Hamad al Thani, to visit the White House, later this month, to discuss the possibility of supplying gas to Europe.

The agency quoted people familiar with the matter saying that US administration officials discussed with Qatar the possibility of supplying Europe with liquefied natural gas in the event that a possible Russian invasion of Ukraine led to a shortage of Russian gas supplies to Europe.

US officials said that, Biden’s plans to ask the Emir of Qatar, to visit the White House, possibly later this month.

While a White House official said, Friday evening, that the meeting between Biden and Prince Tamim has been in preparation for some time, according to Bloomberg.

Some European countries fear that punishing Russia with harsh sanctions against the backdrop of the European crisis will harm their economies because it may push Russian President Vladimir Putin to cut or reduce gas supplies in the middle of winter.

It should be noted that Europe obtains more than 40% of natural gas from Russia, while about a third of the Russian gas flowing to Europe passes through Ukraine.

It’s worth mentioning, according to energy experts, that Qatar gas production is only covers 7% Europe’s needs.