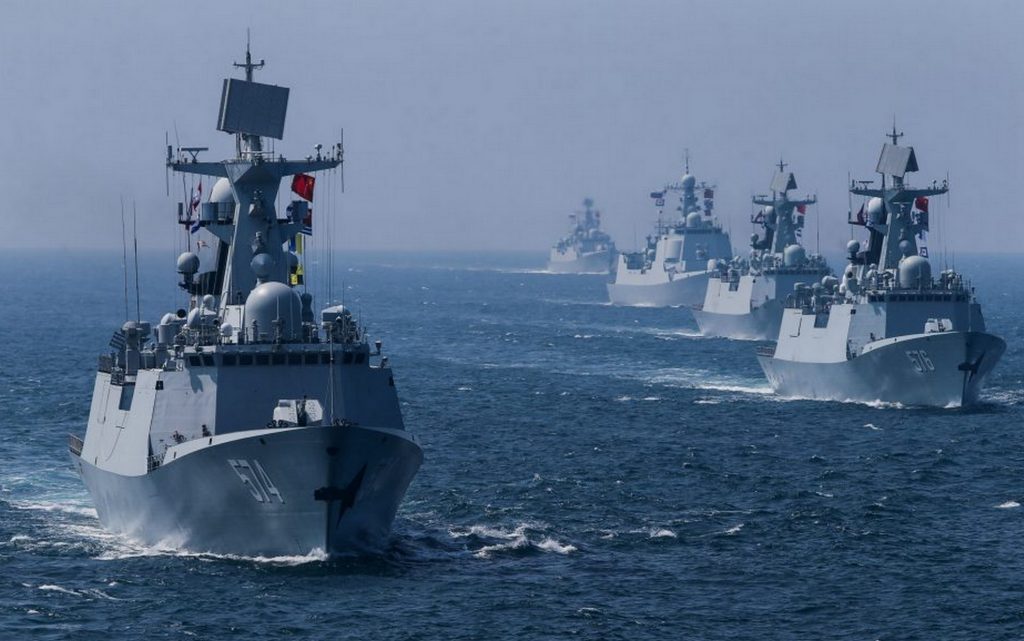 Follow-up: Six Russian warships crossed the North Sea, adjacent to Britain, which raised speculation that their move was part of the imminent invasion plan for Ukraine, according to British media, Thursday.

The Daily Mail newspaper, reported that ships in the Russian Baltic Fleet headed south, bypassing the United Kingdom, and other ships from the Northern Fleet followed.

The Russian Navy had deployed these ships 3 days ago, but it is still not clear if they are heading towards Ukraine.

Each of the Russian landing ships can carry 25 armored personnel carriers.

And if these ships will participate in any supposed military operation against Ukraine, they must cross a long distance until they reach the Black Sea, which is overlooked by Ukraine.

Western reports say that Russia, which has amassed huge forces on Ukraine’s borders, is preparing to invade it in late January or early February, but Moscow denies this, and says its military moves do not threaten anyone.

And the Russian naval actions increase that war in Ukraine is imminent.

During the maneuvers, in which 500 soldiers participated, the Air Force hit supposed targets.

In the Black Sea, the Kasimov anti-submarine ship successfully destroyed air and sea targets with artillery fire in stormy conditions, in a naval maneuver.

For his part, British Prime Minister Boris Johnson said that the United Kingdom “directly supports the sovereignty and territorial integrity of Ukraine,” according to Bloomberg News.

“Be assured that if Russia were to invade Ukraine on any scale, I think it would be a disaster not only for Ukraine but for Russia,” Johnson told reporters during a visit to a hospital in southwest England… It will be a disaster for the world.”

Johnson was speaking after a meeting of the launching of the Quent countries, which includes the United States, France, Germany, Italy and the United Kingdom.