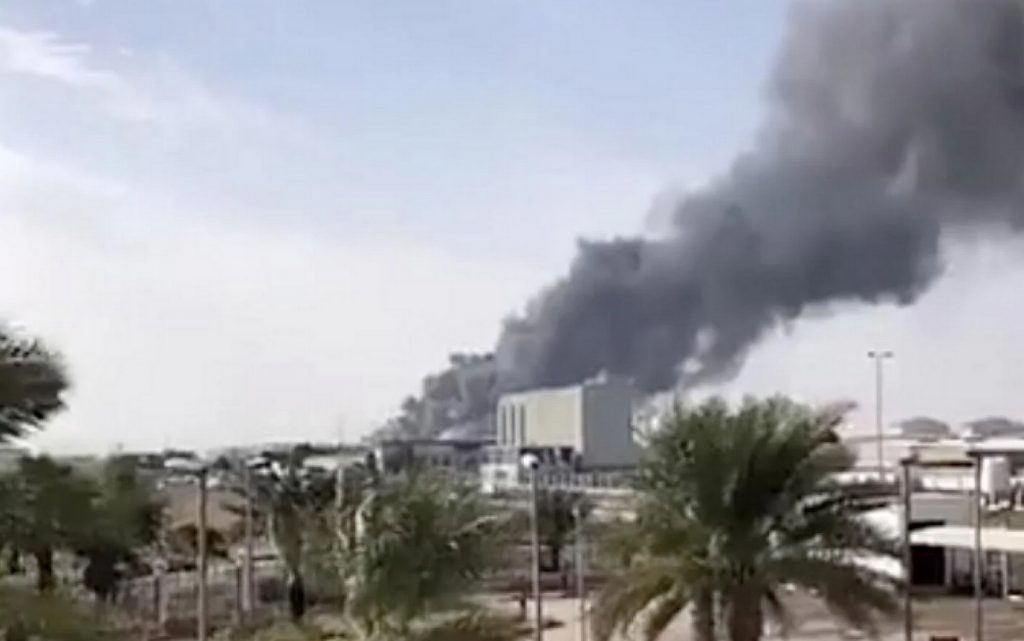 The UAE ambassador to the United States said that cruise and ballistic missiles were used alongside drones in Monday’s attack on the UAE, and that a number of them were intercepted.

The Iranian-allied Houthi group had announced that it carried out the attack using four Quds-type cruise missiles fired at an oil refinery in the Musaffah neighborhood and the airport in Abu Dhabi, and a Zulfiqar ballistic missile at Dubai Airport, as well as a number of drones on these and other sites.

The UAE said the attack hit a fuel depot belonging to state oil company ADNOC in Mussafah and a construction site near Abu Dhabi airport.

Abu Dhabi Police said they had found parts of small planes that could be drones.

“Several attacks targeted civilian sites in the UAE with a mixture of cruise and ballistic missiles and drones,” Yousef al Otaiba, the UAE’s ambassador to Washington, said in a webinar hosted by the Jewish Institute for National Security of America.

A person who gave a testimony about the attack to Reuters, speaking on condition of anonymity, said that a passenger terminal under construction at Abu Dhabi airport was hit by missiles and that a number of workers were wounded in the attack.

He added that several drones fell in desert areas in Abu Dhabi and Dubai, noting that it was believed that the missiles and drones were launched from Yemen and flew at a low altitude to avoid being detected by radar.

Authorities in Abu Dhabi haven’t yet responded to a Reuters request for comment.

The UAE is one of the countries of the Saudi-led coalition fighting the Houthis in Yemen.

Although the UAE said in 2020 that it withdrew its forces, it has armed and trained Yemeni forces that participated in fighting the Houthis this year in the oil and gas-producing governorates of Shabwa and Marib.

Al Otaiba said in his comments that the UAE “came out of Yemen a while ago”.

He added that “attacking a country that is not in a state of conflict very justifies” the re-branding of the Houthis as terrorist.

US President Joe Biden said on Wednesday that his administration is considering re-designating the Houthi movement as an international terrorist organization.

The movement controls most of northern Yemen after the government was expelled from the capital, Sanaa, in late 2014.