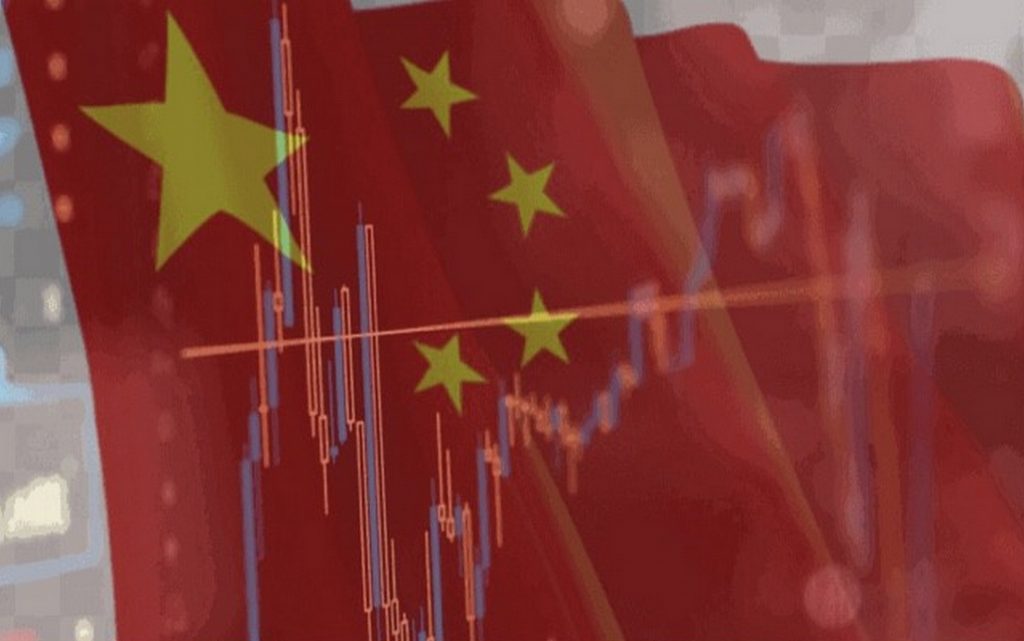 China is saving itself at the expense of the United States

January 2022… What is happening in the global economy?

Stock markets are on the verge of collapse.

China, in its attempt to save itself, is driving the United States towards the sinking.

Last year, the insane issuance of unhedged money by central banks in the West finally turned the economic crisis into a final stage: accelerated inflation.

Inflation has become global in nature.

Price growth in the United States is accelerating from 6.8% in November of last year, to 7% in December.

At the same time, official statistics understate the numbers.

This accelerating inflation dooms the US Democratic Party to defeat in the upcoming parliamentary and presidential elections.

Which is forcing the current administration to combat inflation through measures known to say the least: reducing the injection of uncovered funds, and raising the interest rate on loans.

In just two months, we have seen a sharp change in market participants’ expectations regarding the number of rate hikes by the Federal Reserve: 2-3 times to 7 times.

Analysts from all sides are expecting the Federal Reserve to raise interest rates by 0.5% in March, a radical measure.

And with the US government’s debt of $29.6 trillion in December 2021, an interest rate increase of 3% for this year means an additional $888 billion must be found somewhere to pay interest.

Let me remind you that the budget deficit for the third quarter of 2021 was $348 billion.

If current trends continue, this means that the budget deficit for FY 2022 will be around $1392 billion (and is likely to be even higher).

That is, if the rate was raised by 3% annually, the US budget deficit would rise by 64%, and it would not be able to be covered by the issuance of uncovered money – that, in the end, would accelerate inflation again.

This is a bankruptcy in classical Arabic, while the Biden administration is facing a dead end, like Lebanon, with no way out.

And what happens with the entire US economy, will happen with businesses and families.

That is, it can be said with confidence that a large part of them will declare bankruptcy with an increase in the interest rate by 3%.

But now inflation in the United States has reached 7%!

To limit that, you need to raise the interest rate not by 3%, but by at least 9%.

In the sense that the country’s government guarantees to kill the economy without even reaching the necessary half of the necessary measures.

This, in addition to limiting the issuance of additional unhedged money, will inevitably lead to a stock market crash, which in itself can lead to a multiplication of problems several times, and the bankruptcy of an additional tens of percent of US companies and families.

In short, the United States is now faced with two bitter choices regarding the method of death.

The measures announced by the Federal Reserve are only an attempt to delay the crash, but even these halfhearted measures cannot be implemented.

The stock market is likely to crash before the Fed hits 3%, at which point central banks around the world will have to reissue unhedged money, cut interest rates again, and inflation will accelerate into double digits.

The acceleration of inflation in the USA, the West and the world cannot be stopped under the current circumstances, and we will inevitably reach global hyperinflation within a few years.

In addition to the aforementioned measures, I believe that we will also soon see strong pressure from Washington on the Arabs in the Gulf region to reduce energy prices.

With the Saudis short of money domestically, their resistance to this pressure will be fierce, and in light of the US backsliding, such resistance is likely to succeed.

The plans of the Federal Reserve also have another dimension, as the attempt to stop the injection of funds through quantitative easing, and the increase in the interest rate in the dollar area, will lead to a debt crisis in developing countries, especially most Arab countries.

And here we come to the second main topic of January, as the mounting problems in the Chinese economy force the Chinese central bank to start cutting the interest rate (from 2.95% to 2.85%), and it is likely that it will not be the last rate cut this year.

If, by some miracle, the West manages to raise the interest rate without collapsing its economy, then Chinese yuan loans will become, within one to two years, cheaper than dollar loans, which will help replace the dollar with the yuan in loans in the global financial market.

This will begin the process of replacing the dollar with the yuan in global trade and finance.

Of course, with the subsequent explosion of hyperinflation in the United States, because all the trillions of dollars not covered will be returned to the United States, which will shift the balance between the quantity of goods and the amount of money.

China itself has printed a huge amount of the unhacked yuan, but in the event of a dollar collapse, it will be able to release its currency into global circulation, reducing inflation in the domestic market.

The closer we get to the climax of the crisis; the faster events develop.

In 2022, the United States will run out of time to make the decisions necessary to maintain world leadership, or even just survive.