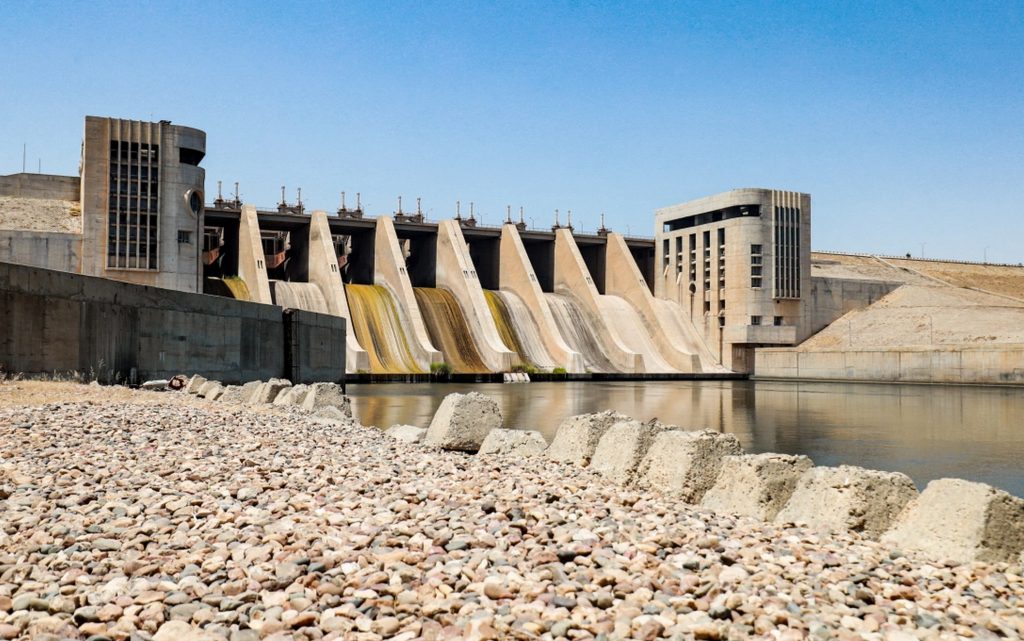 The New York Times revealed that US forces bombed the Euphrates Dam in 2017 with heavy bombs, threatening the lives of tens of thousands of civilians, and that their claims at the time that the dam wasn’t targeted were incorrect.

The New York Times, quoting two former high-ranking US officials, said that on March 26, 2017, members of the US special operations unit called “Task Force 9” bombed the dam using one of the largest conventional bombs in the US arsenal, including at least one “Blue 109” bomb.

“Fortification-breakers designed to destroy thick concrete structures, despite a military report warning against bombing the dam because it could flood the river and kill tens of thousands of civilians, and despite the dam being considered on the US “no-bomb” list.

Two days after the operation, the commander of the US forces at the time, Lieutenant General Stephen Townsend, denied US responsibility, claiming that, “the dam wasn’t a target of the coalition”.

The New York Times pointed out that the Euphrates Dam is characterized as a protector, the decision to bomb it is usually issued by the highest level in the US military command, noting that three workers who rushed to prevent the disaster were killed in another air raid of the US coalition, according to witnesses from the dam workers.

The New York Times pointed out that the disclosure of the role of “Task Force 9” in bombing the Euphrates Dam comes after a series of attacks carried out by the force that circumvented the strict rules and put the lives of civilians at risk.

Scott Murray, a retired US Air Force colonel, said that using a 2,000-pound bomb against prohibited targets was very difficult and the bombing wasn’t supposed to be carried out from the air, and worse still, this amount of explosives could have caused the dam to collapse completely.

In response to a question in this regard, the US Central Command admitted dropping bombs weighing two thousand pounds, but it denied targeting the dam or ignoring the observed procedures.

A spokesman for the leadership justified the bombing by claiming that the bombs had hit towers connected to the dam, considering that it was unlikely that this would cause damage to the body of the dam.

However, the former US officials who were directly involved in the air operations at the time, in addition to eyewitnesses from Syria, told the newspaper that the situation was more dangerous than what the US military had claimed publicly, while one of the officials indicated that Task Force 9, which was responsible for operations on the ground, could have exited.

Other ways to seize the dam by land without the need to bomb it.

The New York Times said that, the Task Force 9 was justifying its heavy air strikes by using “self-defense measures” used to rescue soldiers in case of imminent danger, even when there was no danger to the soldiers, while workers in the dam confirmed that there were no battles or injuries among US soldiers in the day the dam was bombed.

According to the newspaper, US officials revealed that no disciplinary measures were taken against Task Force 9, despite the leadership’s claim that it acted on its own and circumvented the strict rules.

This secret unit later continued to bomb targets using the same kind of justifications it used to bomb the dam, which is self-defense.

While the dam’s repair operations were underway, the force sent a drone and bombed a minibus carrying repair workers, causing three casualties: a technical and mechanical engineer and a worker in the Syrian Red Crescent.

According to US military documents obtained by the New York Times, the hasty air strikes of the US forces on civilian sites such as schools, mosques and markets caused large numbers of casualties, including many women and children.