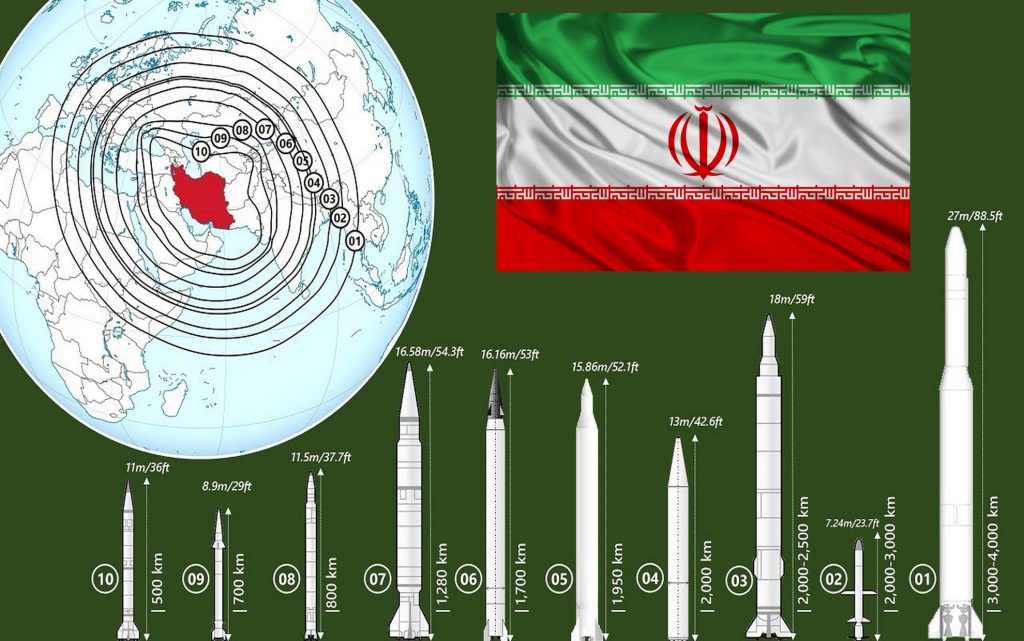 The Times newspaper, published an article by Roger Boys on Iran’s development of its missile capabilities, which he says are rapidly growing and represent a greater threat to the Middle East.

The article, entitled “While the West talks about dialogue, Iran dreams of war,” by talking about the set of challenges facing the West: Russia threatens to invade Ukraine unless NATO imposes restrictions on its expansion to the east.

And China is telling Europe to show respect to us, leave Taiwan, or we will end the supply chain to the EU.

However, Boys sees in his article that despite this, Iran remains the fiercest proposition to Europe, which is: Accept us as a future nuclear power with legitimate ambitions to be a regional leader, or else we will spread chaos and explode your friends.

The Boys wrote that it is reckless to ignore what the Tehran regime wants just because Russia and China are competing for the attention of the West.

He adds that in 2015, when Iran signed up to restrictions on its nuclear program in exchange for the lifting of sanctions, it was said to be about 12 months away from producing enough enriched uranium for use in nuclear weapons.

But by February last year, she was only three months away.

Now, US experts say, it’s about three weeks away.

The Boys says that everyone blames former US President Donald Trump for Tehran’s rush to become a nuclear power.

Supporters of current President Joe Biden and the European signatories to the Iran-Russia-China and Tehran deal themselves claim that by withdrawing from the agreement in 2018, Trump freed the bombmakers from all restraints in his imagined support for a broader and more robust containment of the mullahs’ regime.

Since the agreement was signed in 2015, Iran has conducted numerous ballistic missile tests, created new fortified missile caches, withheld information about its past nuclear research, continued research on nuclear technology and waged a covert war against shipping operations in the Gulf.

It’s participation in the talks was sporadic at best.

While President Biden still hopes that Iran will return to a version of the 2015 agreement by February to coincide with the anniversary of the founding of the Islamic Republic in 1979, this is a vain hope.

He adds: Biden wants to reassert the primacy of diplomacy and establish himself as the great global organizer, but the past seven years have shown that Tehran is an untrustworthy partner.

And he continues: The Iranians, during the era of their new president, Ebrahim Raisi, smell weakness, especially since the hasty exit of the West from Afghanistan.

They see Biden as a president with no ability to fight.

The Iranians want comprehensive revenge, especially for Trump’s assassination of Qassem Soleimani, the commander of the Quds Force of the Iranian Revolutionary Guard, two years ago in a US drone strike.

He became a holy martyr, in part because he was seen as close to Supreme Leader Ayatollah Ali Khamenei.

Boys says that building a nuclear bomb is of symbolic importance for Tehran, as it has ambitions to be a regional leader, as it does for other members of the Shanghai Cooperation Organization such as Russia, China and India.

So, he concludes that despite the rapid growth of Tehran’s nuclear capacity, its missile program may turn out to be a greater threat.