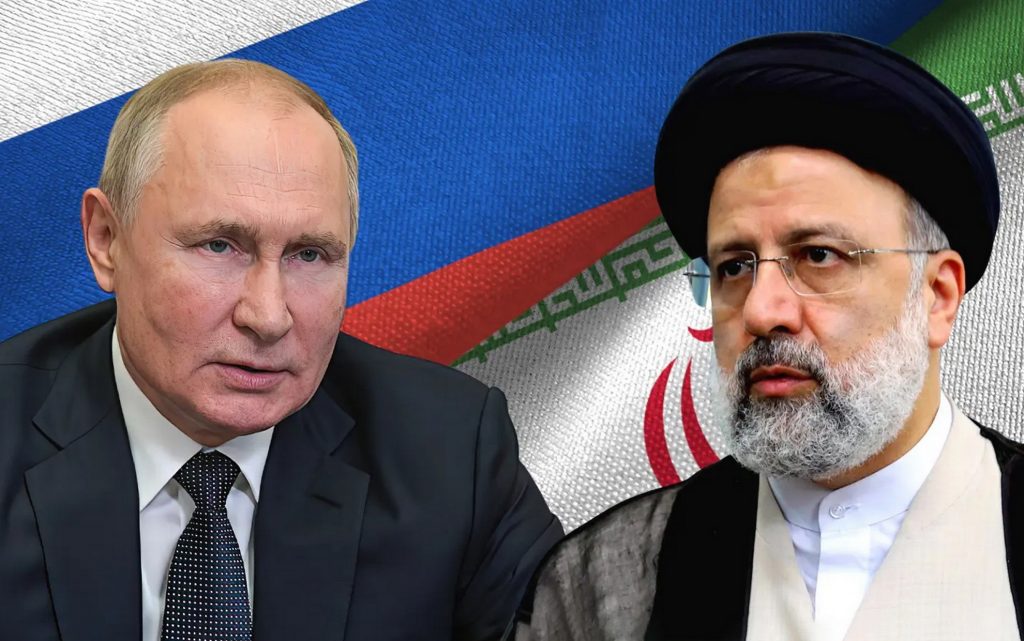 Russian President Vladimir Putin and his Iranian counterpart Ebrahim Raisi praised bilateral relations during a meeting in Moscow on Wednesday, amid mounting pressure to make a decision on the Iran nuclear deal.

Raisi said that he had submitted to Moscow draft documents on strategic cooperation that would enhance joint cooperation over the next two decades.

“We in Iran have no boundaries to expand relations with Russia,” the Iranian president said on his first state visit since taking office in August.

He added that Tehran wanted to develop relations with Moscow, “not temporary, but permanent and strategic”.

“The current exceptional circumstances require great cooperation between our two countries against American unilateralism,” he said in televised statements.

In turn, Putin praised the “close cooperation” between the two countries in the international arena, and said, “It is very important for me to know your opinion on the JCPOA”.

The 2015 agreement between Iran, the United States, France, Britain, Russia, China and Germany provided relief from international sanctions on Tehran in return for strict limits on its nuclear program.

But the unilateral US withdrawal from the agreement in 2018 under former President Donald Trump prompted the Islamic Republic to retreat from its commitments.

Talks began last year to revive the agreement, but stopped in June following the election of Ebrahim Raisi, and then resumed in November.

Raisi stressed the importance of the experience of cooperation between Iran and Russia in Syria, pointing to the possibility of benefiting from this experience in other areas, as reported by the Russian “RT Arabiya” channel.

Raisi suggested that Moscow and Tehran might cooperate in the face of US unilateral steps at the international level, adding: “We in the Islamic Republic of Iran do not have any restrictions on developing and expanding relations with friendly Russia… These relations won’t be short-term and tactical, but rather it will be permanent strategy.

For his part, Putin announced, during a meeting with his Iranian counterpart, that the support of Moscow and Tehran has become a decisive factor that helped Syria overcome terrorist threats on its territory.

“We’re cooperating very closely at the international level, not to mention that our efforts have greatly helped the Syrian government to overcome the threats associated with international terrorism,” Putin said, at the start of a meeting he held with Raisi in Moscow on Wednesday.

The Russian President expressed his desire to be informed of the positions of his Iranian counterpart regarding the latest developments in Afghanistan and the nuclear agreement concluded between Tehran and the major powers.

Putin pointed out that he has been in constant contact with Raisi since the latter assumed the Iranian presidency, acknowledging that telephone or video communications cannot replace face-to-face meetings.

The Russian President praised the development of relations between Iran and the Eurasian Economic Union and the ongoing work to establish a free trade zone.

Raisi’s visit to Moscow comes at the invitation of Putin.

Raisi said before leaving Tehran for Moscow earlier today that cooperation between Iran and Russia in the region “will ensure security in it and put an end to unilateralism,” according to the Iranian Islamic Republic News Agency (IRNA).

He explained that the two sides’ discussions will include many issues at the various political, economic and trade levels of common interest, as well as issues related to energy and space affairs.