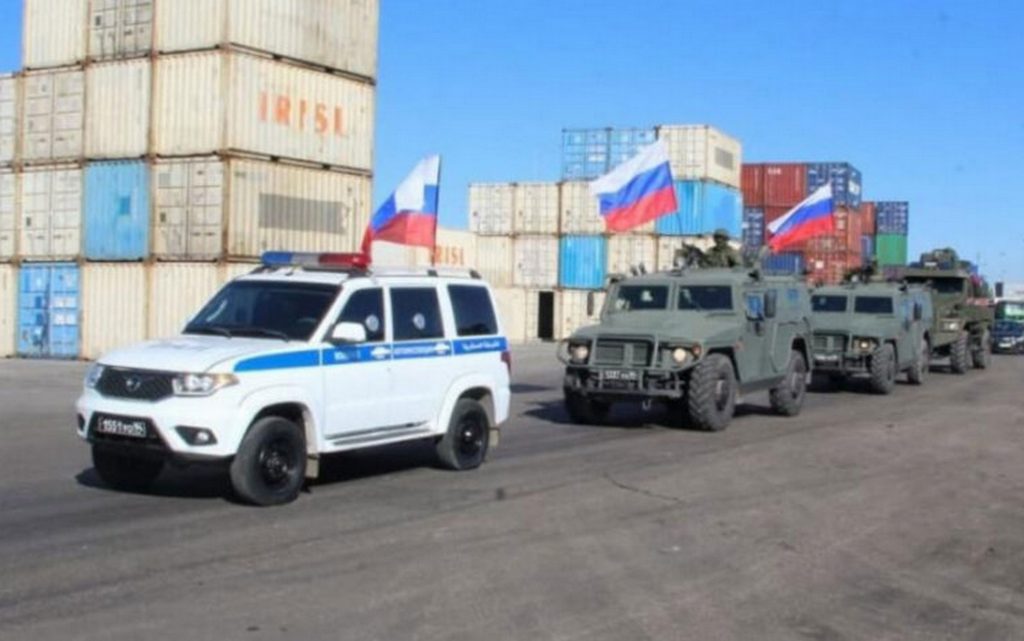 The source said that “the patrols, which began their duties a few days ago, are directed to protect the port from any attacks that may be carried out by terrorist groups from the countryside of Latakia and Idlib”.

The source added, “The Russian reconnaissance planes, in parallel, started their activities in monitoring the various sections and stations of Latakia port in full and around the clock, coinciding with the Russian forces continuing to patrol the entire sections and surroundings of the port”.

The source revealed that “intelligence information indicates that the armed groups present in the countryside of Latakia and Idlib are planning to carry out attacks towards important sites on the Syrian coast, including the port of Latakia, which necessitated the Russian forces, in cooperation with the Syrian security services, to conduct patrols on the land of the port of Latakia to ensure the safety of this vitality facility”.

The source explained that “these measures also include the port of Tartus on the Syrian coast, where the number of Russian forces responsible for protecting the port has been increased, with reconnaissance planes conducting monitoring tours in and around the port”.