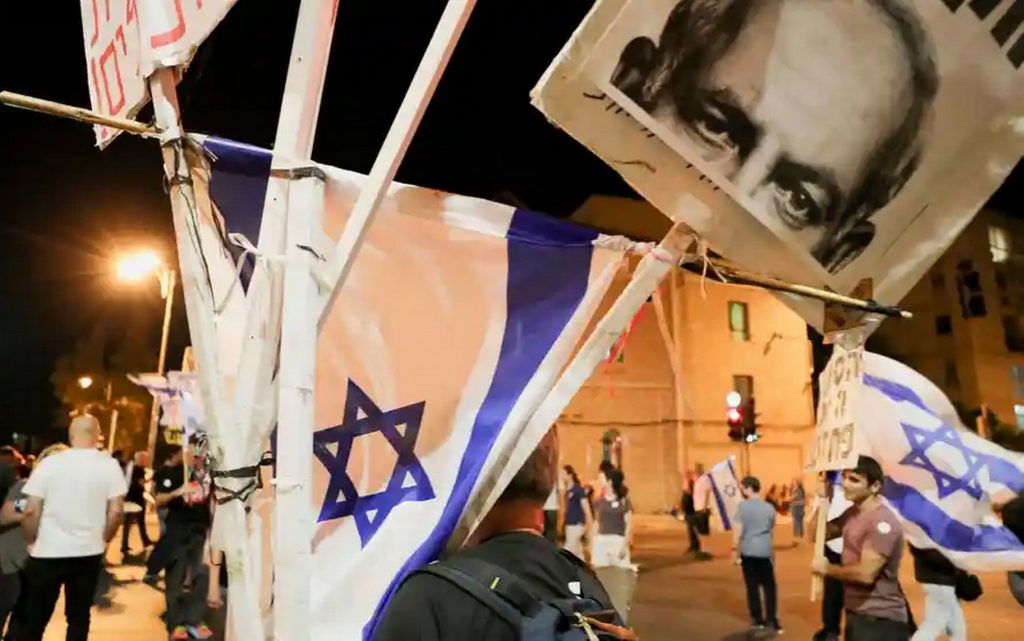 Israel’s justice minister vowed Wednesday to conduct a full investigation into allegations that the controversial “Pegasus” spyware was used on Israeli citizens, including people who led protests against former Prime Minister Benjamin Netanyahu.

Since the disclosure last year of the use of the “Pegasus” spy program that penetrates smart phones, which is produced by the Israeli “NSO” company, on media, journalists, politicians and opponents around the world, the controversy continues about it.

Once downloaded to a mobile phone, Pegasus allows spying on the phone user by viewing messages, data, photos on the phone, contacts, and activating the microphone and camera remotely.

Calcalist, the Hebrew business and economics daily, reported that police used Pegasus against Israeli citizens who were leading protests against Netanyahu last year, when he was still prime minister, and against other Israelis.

The Israeli police denied this report.

Public Security Minister Omer Bar-Lev, a critic of Netanyahu who was appointed as a minister in the new government that ousted Netanyahu in June, gave a more accurate explanation, saying, “There was no practice of wiretapping or penetration of devices by the police without the approval of the judge”.

But an expert at the Israel Democracy Institute, Tehilla Schwartz Altshuler, told AFP, “You can’t really ask for a court order authorizing Pegasus” to carry out espionage, because “Israeli law doesn’t currently allow such unfair monitoring of citizens”.

“It is now clear that the current privacy law is ill-equipped to deal with the current reality”.

Both the Justice Department and the State Comptroller’s Office said they were looking into Calcalist’s report.

The ministry’s Privacy Protection Agency said that using Pegasus to monitor Israeli citizens “would constitute a serious breach of privacy,” announcing an investigation had been opened.

State Comptroller Mattanyahu Engelman confirmed Tuesday that he will expand his ongoing investigation into law enforcement’s use of surveillance technology to include the latest Pegasus allegations.

In particular, it will investigate the balance between the usefulness of monitoring tools and violations of the right to privacy.

Sa’ar explained to the Legal Committee of the Israeli Knesset that “there is a big difference between the allegations contained in the Calcalist report and the police statements”.

Sa’ar stressed that “it is good that the state comptroller, an independent body, has taken upon himself to examine the issue,” adding, “in the Ministry of Justice, we weren’t aware of any activity without a court order.

It is good that these things are examined, and the public will get the results”.

The Israeli company that developed the Pegasus program revealed on December 3 that it was investigating reports of the use of the company’s technology to target iPhones belonging to US diplomats in Africa.

Last summer, NSO found itself at the center of a global espionage scandal after an investigation published by 17 international media outlets as of July 18 revealed that the Pegasus program had allowed to spy on at least 180 journalists, 600 political figures, 85 human rights activists and 65 Owner of a company in several countries.

Then there were reports of the use of the program for espionage in several countries.

The Israeli Defense Ministry, which must approve all exports of Israeli defense industry products, has opened an investigation into Pegasus sales abroad.