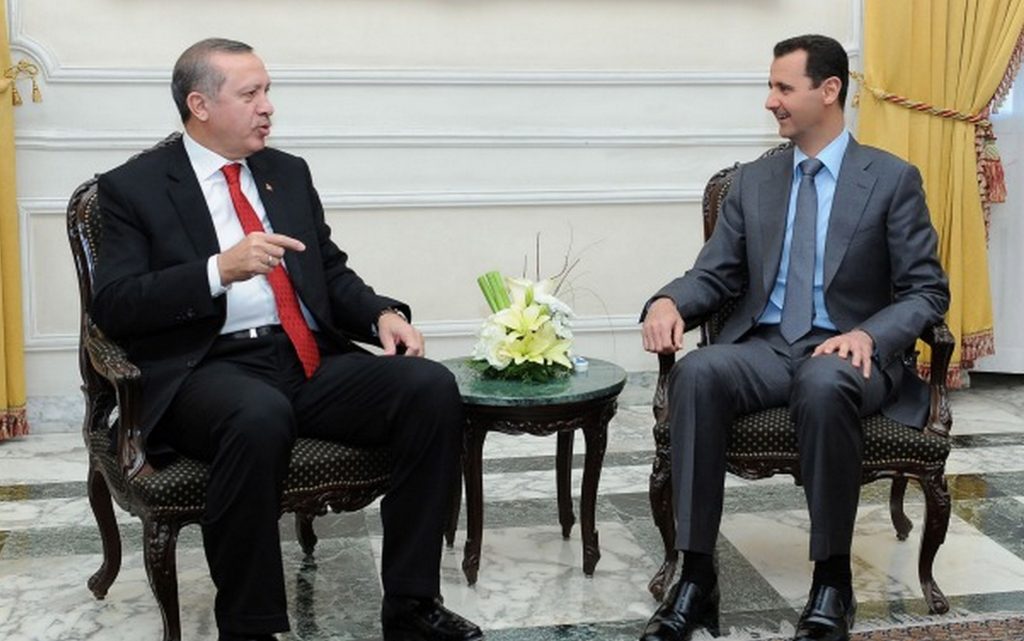 Turkish President Recep Tayyip Erdogan said that his country cannot ignore the presence of “Russian and US bases and terrorist organizations” in Syria, considering that the survival of Syrian President Bashar al Assad was cemented by Moscow’s support for him.

This came in a statement made by the Turkish President to reporters on Tuesday, while returning from the Republic of Albania, to which he made an official visit on Monday.

Erdogan pointed out that “terrorist organizations have received and continue to receive great support from the United States,” and that Turkey cannot ignore this either.

And he continued, “We said that constantly to US President Joe Biden during our meeting, and as we mentioned it to his predecessors Trump and Obama, we told them all: You support terrorist organizations”.

He added: “they say: We withdrew, we will withdraw… We don’t provide support to terrorist organizations… They don’t tell the truth”,

He pointed out that Russia also doesn’t withdraw from Syria, and “if it had done so, the regime in Syria would not have continued, and that “what keeps it alive is the Russian support,” also pointing to Iranian support.