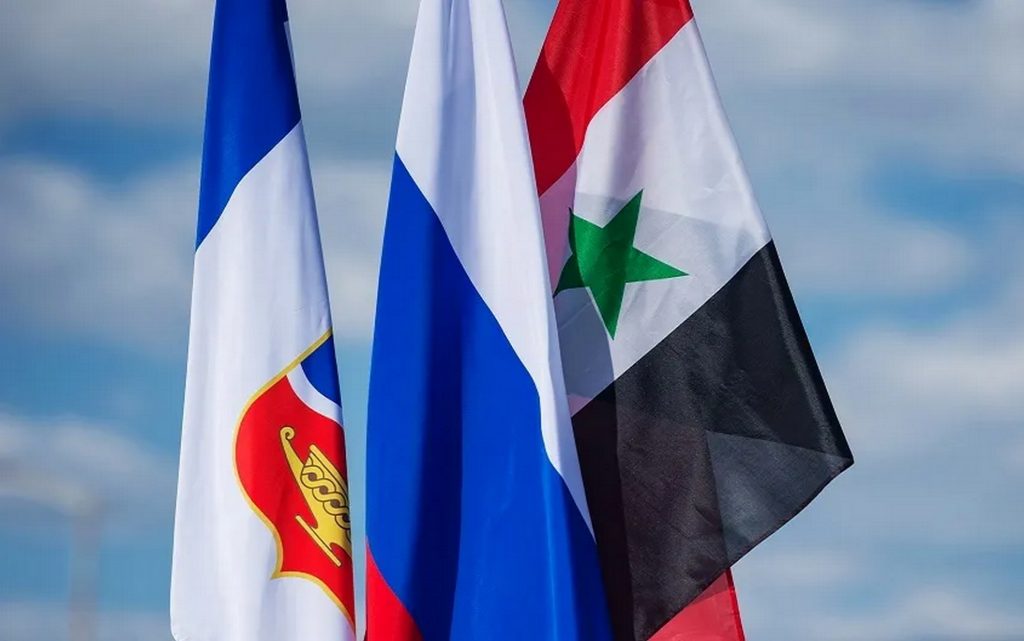 The Head of the Republic of Crimea, Sergei Aksyonov, proposed to take advantage of the ports of the peninsula in trade with the port of Latakia, explaining Syria’s readiness to purchase up to two million tons of wheat annually.

“Syria is ready to buy up to two million tons of wheat annually,” Aksyonov told reporters.

We’ve discussed this issue; There are instructions from President Putin to ensure the operation of the Crimean ports”.

He announced that “the volume of the cargo turnover in the ports of Kerch and Feodosia on the peninsula, after their transfer to the Russian federal property, will increase to about 14 million tons”.

The head of the Syrian government delegation that arrived in Crimea, the Syrian Minister of Economy and Foreign Trade, Muhammad Samer al Khalil, had indicated, for his part, his country’s readiness to supply a number of Syrian goods to the Republic of Crimea, including vegetables, fruits, textiles, food and chemical products.

Khalil said, “We agreed to provide a complete list of Syrian products, which we are ready to export”.