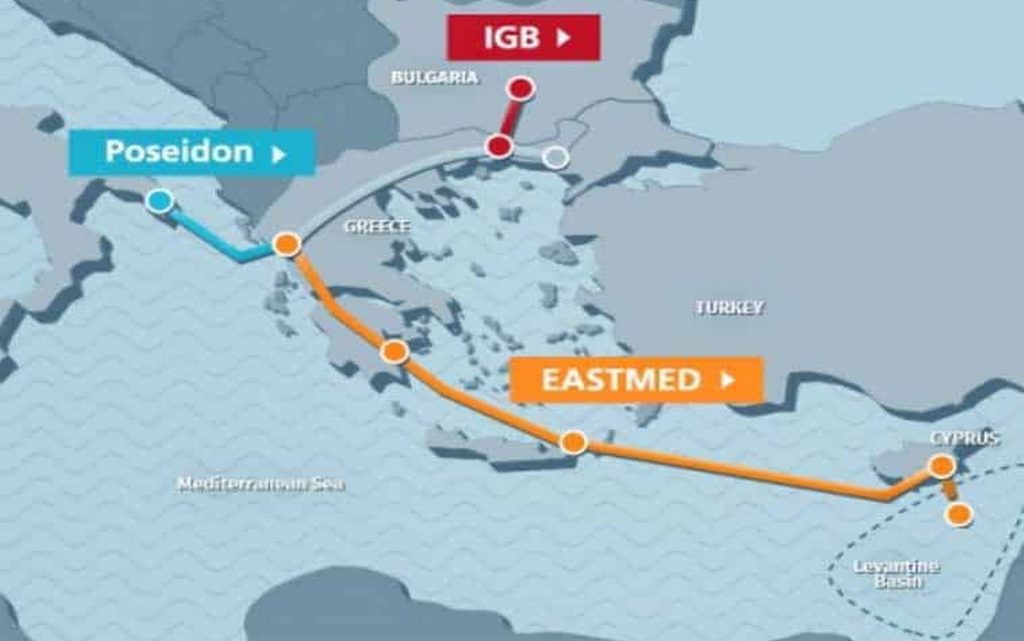 The US State Department said on Friday that it no longer prioritizes the EastMed pipeline project to transport natural gas to Europe.

On January 3, 2019, Greek Cyprus, Greece and Israel signed in the capital, Athens, an agreement for the EASTMED pipeline to supply natural gas to Europe.

This came in the response of a US State Department spokesperson statement, where he indirectly indicated that Washington has withdrawn from supporting the project, and that it has begun to give priority to projects based on renewable energy and electricity in the eastern Mediterranean.

The spokesman explained that the United States has been criticizing new projects that rely on infrastructure based on fossil fuels in line with its climate priorities.

He added that Washington has begun to give priority to projects that are cheaper and finish faster than the “EastMed” project, such as the “Alexandroupolis” natural gas station, and the pipeline project between Bulgaria and North Macedonia.

In January 2020, the Turkish Foreign Ministry criticized the “EastMed” agreement between Greece, Greek Cyprus and Israel, stressing that a project in the Mediterranean that ignores Turkey and the Turkish Republic of Cyprus, won’t be successful.

The Foreign Ministry said at the time that Turkey has the longest coastal strip overlooking the Mediterranean in the region, and that the tripartite agreement is a new example of failed attempts to exclude Turkey and the Turkish Republic of Northern Cyprus.

The aforementioned project aims to transport natural gas extracted from the eastern Mediterranean to Greece through Cyprus and from there to Italy.