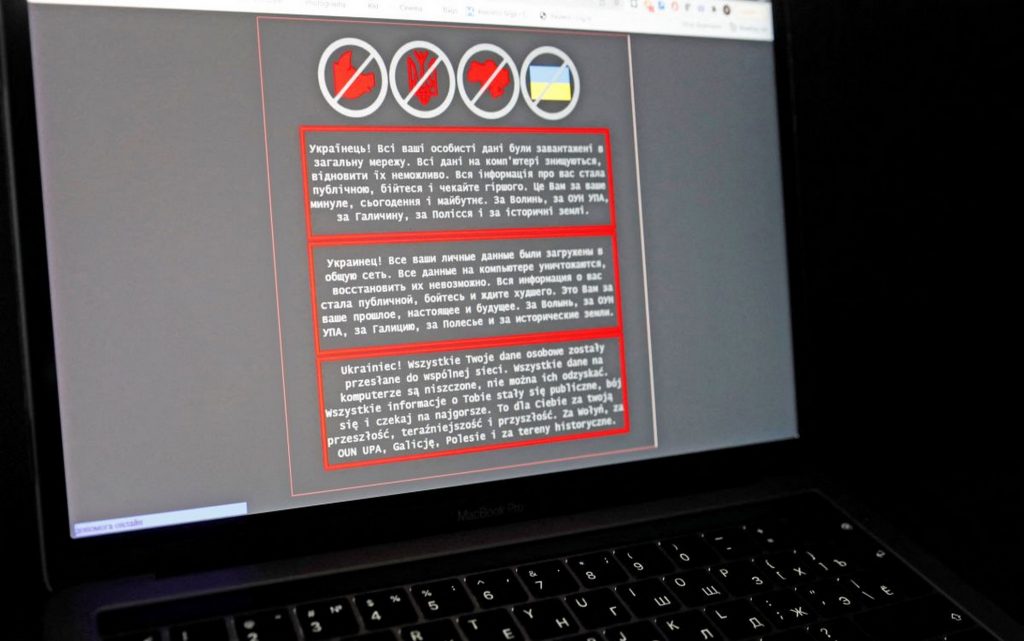 Serhiy Demdyuk, deputy secretary of the National Security and Defense Council, told Reuters that Ukraine had blamed the attack, which included threatening messages, on government websites of a group known as UNC 1151.

He added that this attack was a cover for more sabotage behind the scenes.

This comment provides the first detailed analysis by Kiev on the suspects behind the cyber-attack on dozens of websites.

Officials said yesterday that Russia was likely involved, but didn’t provide any details.

The cyber-attack hit a large number of websites, with a warning to Ukrainians saying, “You have to fear and expect the worst,” at a time when Russia is massing its forces near Ukraine’s borders and Kiev and Washington fear that Moscow is planning a new invasion of Ukraine.

“The targeting of sites was just a cover for further acts of sabotage that were taking place behind the scenes, the consequences of which will be felt in the near future,” Demdyuk added in his written comment.