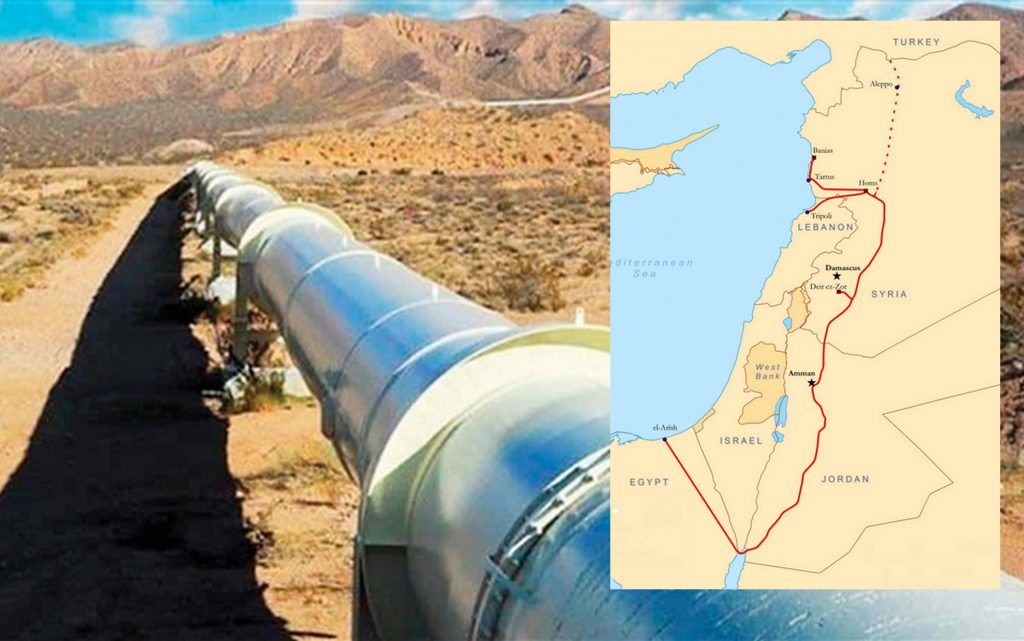 The US administration will facilitate the extension of the Egyptian gas pipeline through Syria without being subjected to Caesar Act sanctions.

The Presidency of the Lebanese Council of Ministers stated, last week via Twitter, that the US Ambassador to Lebanon, Dorothy Shea, carried a written message from the US Treasury Department, to the Lebanese government, on the issue of the Egyptian gas pipeline.

In the letter she conveyed to Lebanese Prime Minister Najib Mikati, Ambassador Shea confirmed that the US administration will facilitate the extension of the Egyptian gas pipeline without being subjected to Caesar Act sanctions.

During her meeting with Mikati, Shea touched on some of the concerns that the Lebanese authorities had regarding regional energy agreements that the US helped facilitate and encourage between Lebanon, Jordan and Egypt, according to the ministry.

“There will be no US sanctions concerns, and this message that was delivered represents a step forward and a major event as we continue to make progress towards more sustainable and cleaner energy to help address the energy crisis facing the Lebanese people,” Shea said.

For its part, the Lebanese Foreign Ministry announced on Thursday that Washington exempted Lebanon from the sanctions of the Caesar Act in the case of energy import through Syria.

Where the Lebanese Foreign Minister, Abdullah Bou Habib, said: “US officials reiterated their support for importing gas and electricity to Lebanon from Egypt and Jordan, through Syria,” stressing that “the Americans informed him that Lebanon is exempted from the restrictions imposed by Caesar Act, as this was done through Egyptian officials, to boost the production of electric power”.

The Egyptian President, Abdel Fattah al Sisi, had pledged earlier to expedite and facilitate the implementation of the gas project to Lebanon, according to what was reported by the Lebanese National Media Agency.

It is noteworthy that the Ministers of Electricity of Syria, Jordan and Lebanon agreed on last October 6, on a plan of action and a timetable for restarting the existing electrical interconnection lines between the networks of the three countries, and a Jordanian – Syrian – Lebanese – Egyptian ministerial meeting was held in Amman months ago, during which it was agreed to Transferring Egyptian gas and Jordanian electricity to Lebanon through Syrian territory.