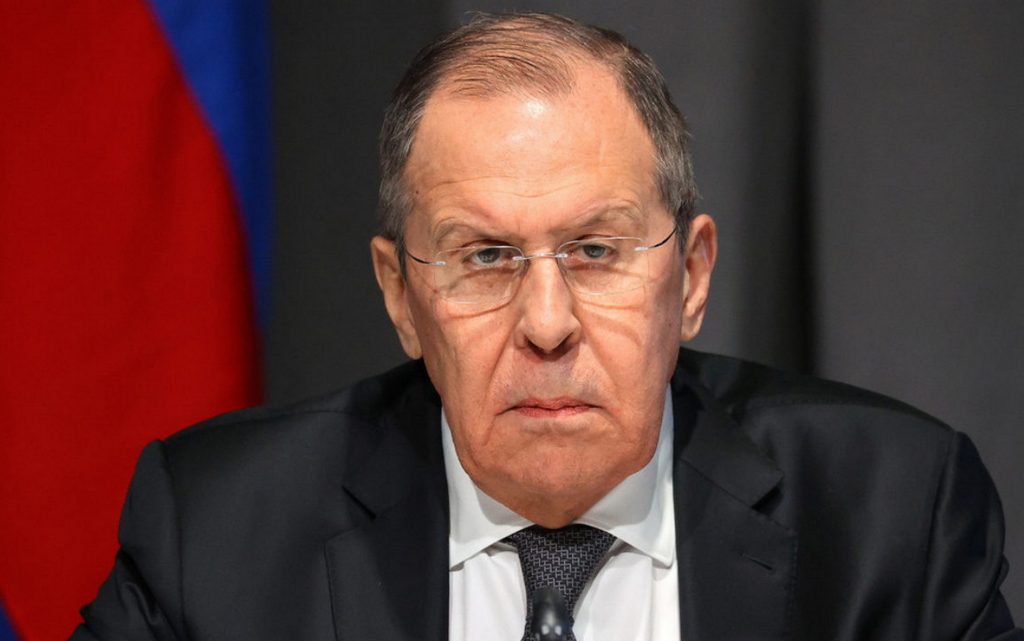 Russian Foreign Minister Sergei Lavrov announced that Russia is seeking to hold an Iranian-Arab conference whose agenda will include the most pressing regional issues, including the Yemeni conflict and Tehran’s missile program.

Lavrov stressed in a press conference on Friday, that Russia has never stopped working on implementing its concept of collective security in the Gulf region, pointing out that Moscow and Tehran, during negotiating the resumption of the nuclear agreement, recognized the existence of a broader range of issues that cause concern to regional parties and their colleagues outside the region.

And he said: “Let us discuss all these issues within the framework of holding a conference on security in the Gulf and a broader… Its scope should probably be broader now and include files such as Yemen and Iraq because all these things are linked to each other,” according to the Russian “RT Arabiya” channel.

The minister suggested that such a conference would bring together Iranians and Arabs, and Iran in itself wouldn’t be a subject of discussion during it, but each party would put on the table its own concerns, including missiles that are not only owned by Iran but also developed by Arab countries, in addition to concerns related to Syria and Yemen, Iraq and other regional conflicts.

Lavrov noted that last fall Russia held a new scientific conference in the presence of experts from countries that are likely to participate in such a conference.

He continued, “Now work is underway to complete the resumption of the Joint Comprehensive Plan of Action, and the Coronavirus doesn’t contribute to the success of these efforts either, but this conference is still among our priorities, and we realize that this initiative cannot be ignored”.

The minister pointed out that China and Iran have made similar initiatives, but the Russian concept is broader because it requires leaving behind the borders of the Gulf region and joining the five permanent members of the UN Security Council, the League of Arab States and the European Union to the consultation.

As for the nuclear talks currently taking place in Vienna, Lavrov expressed Moscow’s optimism about them, saying that tangible progress had been made and Russia hoped to conclude an agreement.

On the other hand, Lavrov announced that Moscow’s contacts with the Syrian Kurds are aimed at persuading them to launch a serious dialogue with the Damascus government instead of relying on the support of the United States.

Lavrov confirmed on Friday, during a press conference on the results of the work of Russian diplomacy in 2021, that Moscow, in its contacts with the CEO of the “Syrian Democratic Council” Ilham Ahmed and her Kurdish colleagues, seeks to “clarify to them the necessity of launching a serious dialogue with Damascus regarding the conditions in which he will live”, “The Kurds are inside the Syrian state”.

Lavrov pointed out that the Syrian government has some reservations about the Kurds, explaining that Damascus has not forgotten that the Kurds followed an opposing approach in the previous stages of the conflict.

The Russian minister stressed that the goal of diplomacy lies in “overcoming the past and establishing relations for the future,” noting that Syria in this matter might benefit from the experience of neighboring Iraq.

Lavrov recalled that two years ago, during his visit to Damascus and Erbil, he supported by force the idea of ​​intensifying contacts between the Kurds of Syria and Iraq with the aim of exchanging the experience of the Iraqi Kurds with their Syrian brothers more actively.

The minister acknowledged that the Kurdish issue currently constitutes one of the obstacles to launching comprehensive negotiations on settling the conflict, explaining that the Constitutional Committee, which holds its meetings in Geneva, includes a number of Kurds, but they don’t represent all Kurdish parties in the country.

Lavrov reminded that the Kurds, when the administration of former US President Donald Trump announced its intention to withdraw forces from Syria completely, immediately contacted Russia with a request for their help in launching a dialogue with Damascus, but their interest in this disappeared as soon as Washington reviewed its decision.

He continued, “This is life, but the horizon must be farther for Kurdish politicians…There is no doubt that the Americans are not the ones who will determine the fate of Syria”.