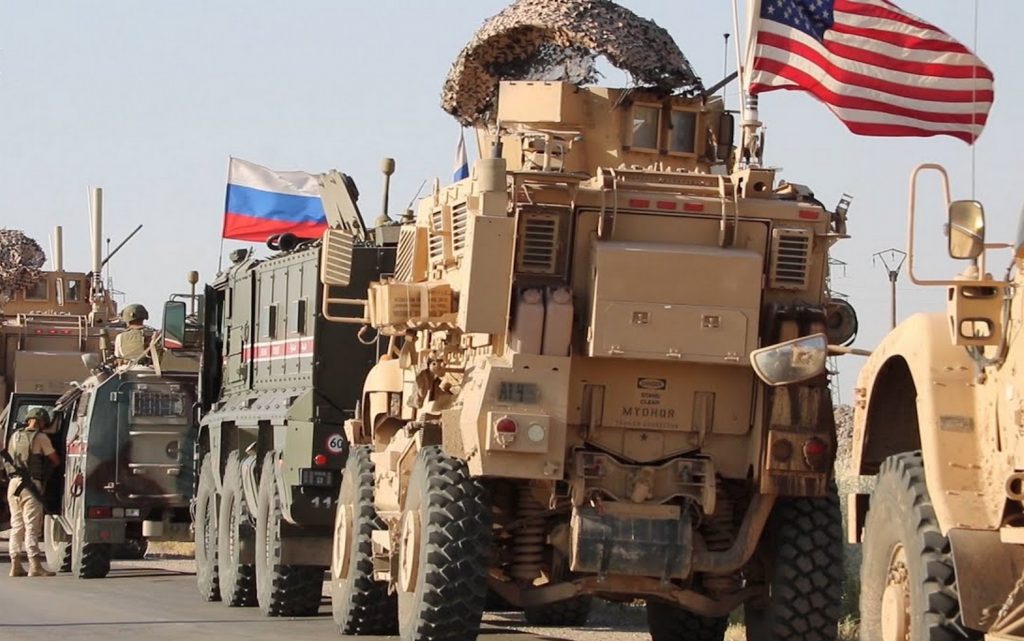 As expected, negotiations between Russia and the United States of America, and between Moscow and the NATO, regarding the Russian ultimatum failed.

The West, led by the United States in particular, has rejected the security demands made by Russia.

The latter responded by announcing a move to “other measures,” including counter-deterrence and counter-intimidation.

At the same time, Russia began military exercises in the areas bordering Ukraine, while simultaneously declaring its intention to attack Kiev.

It is worth mentioning here the escalation of Moscow’s rhetoric and raising the degree of strictness of its position.

One feels that she wants to get a written response from the United States as soon as possible, in order to move to practical procedures quickly.

The logic of that rush is that Ukraine and Europe are in the midst of an energy crisis.

This is due to their greed and foolishness, due to the high prices, and their failure to stockpile the necessary gas reserves during the last spring and summer, in the hope of a further drop in prices.

According to estimates by the Russian Gazprom company, as of January 10, European gas facilities have been filled with 50.88%, amounting to 54.93 billion cubic meters of gas.

A year ago, the level of reserves was higher by about 18 billion cubic meters.

And if Russia doesn’t increase supplies, stocks in Europe will fall to 15% by the end of March, which could be the lowest in history.

According to experts from consulting firm Wood Mackenzie, if gas supplies from Russia were to stop completely, Europe would literally freeze this winter.

Thus, in the case of a difficult confrontation scenario, Europe faces an economic catastrophe, and it is unlikely that it will be able to actively participate in any confrontation with Russia.

On the contrary, Europe will do its utmost to end the confrontation as quickly as possible.

In my previous article, I tried to prove the point of view that Russia will try to stay away from the war with Ukraine, which was imposed by the United States, in return for its attempt to enter into a direct confrontation with Washington, because a major war with Russia is unacceptable to it, on the eve of its clash with China.

Therefore, the United States will do everything in its power to exit a military conflict with Russia as soon as possible, and such a conflict is likely to remain domestic.

Therefore, in my opinion, we are heading towards a direct Russian-US military confrontation in the near future, in the winter, and perhaps in January.

However, the main unanswered question is: What military and military-technical measures will Russia take? and where?

Russia can directly intimidate the USA only on the borders of the US territory.

Neither Ukraine nor Europe will be suitable for this.

Moreover, Russia is doing its best to avoid the Ukrainian scenario.

In theory, it can be assumed that Russia has some new miraculous weapon, which can hang in the air for years, only 30 kilometers from New York, striking at the right moment at several times the speed of sound.

It is possible that one of these weapons is related to the incident of the experiment that was conducted at the site of “Nyonoksa”, in northern Russia, which some Egyptian newspapers described at the time as a nuclear explosion.

Or maybe it is about unmanned nuclear submarines, with a warhead carrying 100 megatons, that would sink the American coast into the sea with the help of a tsunami.

One would hope that the confrontation will be limited to threats of this kind, eventually leading to negotiations as quickly as possible, although there is a risk of nuclear conflict in this scenario as well.

However, I think all this is not likely now, and most importantly, it won’t be required.

There are scenarios for which Russia already has enough weapons.

I think the weakest point in the USA and the West now is the economy.

Where inflation is accelerating in the West and the world.

The economies of the United States and Europe are witnessing a delicate balance between the catastrophic collapse of stock exchanges, the collapse of the economy, hyperinflation and economic shutdown.

Any global shock will inevitably end with the collapse of the Western economy.

Indeed, the West won’t be able to wage a war of attrition in which it is stronger than Russia under these conditions.

So, in general, it doesn’t matter what the Russian military response will be, the main thing is that it will be large enough to start a chain reaction of disintegration in the Western economy.

But the question remains: how and where?

Let us recall the energy problem in Europe.

Energy is on Russia’s side, and there is no reason why it shouldn’t use this trump card twice.

There is a country in the Middle East, on its territory the US military is illegally located, and then the strike will, firstly, be legal, and secondly, it will inevitably lead to global unrest.

And if the Americans respond using their regional military infrastructure, Russia could strike US bases in the region.

It is even possible that a few US or Russian missiles could veer off course during the fighting, “accidentally” destroying the largest oil installations in the region.

In this case, in general, it is unlikely that oil and gas supplies will be available from this region for at least several months, and then buyers will dream of acquiring a barrel of oil at a price of $1,000.

I think it may be the last shock to the financial system in the West.

Of course, it will be difficult for the whole world, but the US economy will be destroyed with any development of hostilities.

Russian President Vladimir Putin once said, “What do we need for a world without Russia?”

This is precisely what the West is doing by narrowing the cycle of sanctions and placing missiles on Russia’s borders, so that we are now close to the line, after which it becomes possible to create a world without Russia, so Russia has nothing to lose.

Of course, this is the last resort.

Perhaps it will be only trifles from a sample of Russia’s recognition of the republics of Lugansk and Donetsk and the destruction of Ukraine, in case it tries to prevent this.

However, it is clear that Russia is serious, and if we exclude the option of Russia obtaining a new miracle weapon, a “game changer”, it seems to me that the Middle East scenario is preferable.

It is unlikely that any of the other scenarios will achieve the desired outcome.

However, this is my humble personal opinion, and I may be wrong.