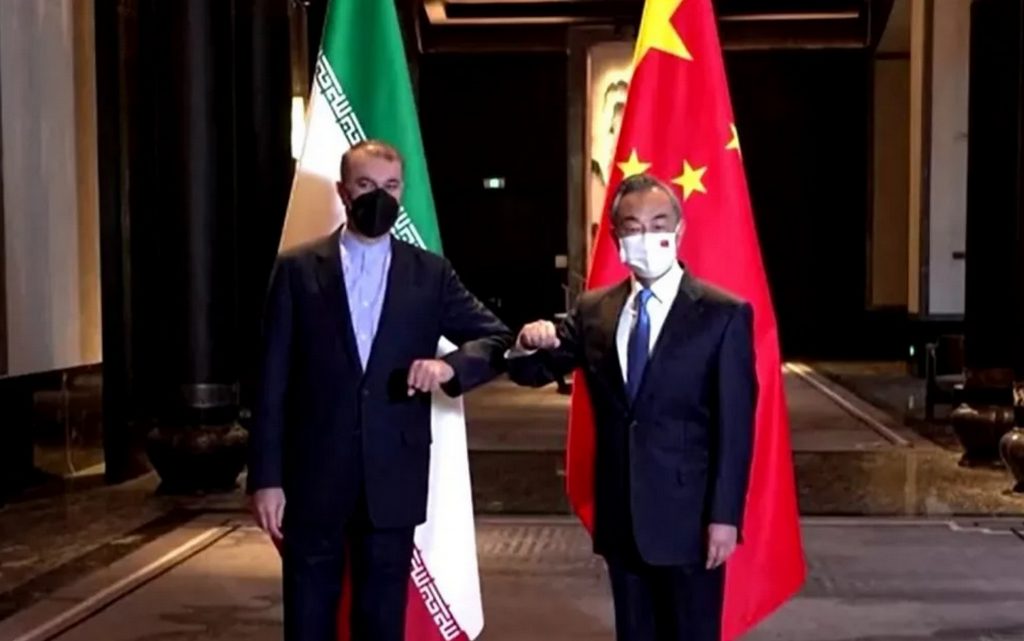 China confirmed on Saturday the start of implementing a strategic agreement with Iran to boost economic and political cooperation between the two countries, at a time when Beijing criticized US sanctions on Tehran.

China and Iran signed the deal last year after years of talks.

This broad partnership is scheduled to cover several sectors, including energy, security, infrastructure and communications.

Not many details were published about this agreement, but the New York Times had reported in 2020 that it would secure a regular supply of oil to China, according to a draft of the agreement leaked to the newspaper.

China is Iran’s first trading partner and one of the largest buyers of this country’s oil before former US President Donald Trump re-imposed unilateral sanctions on Iran in 2018.

China has officially stopped importing oil from Iran, but analysts assert that Iranian oil is still entering China in the form of exports from other countries.

Wang told his Iranian counterpart on Friday that China would continue to “oppose unilateral and illegal sanctions against Iran,” the Foreign Ministry quoted him as saying.

Beijing has long sought to strengthen its relations with Tehran.

Chinese President Xi Jinping called Iran “China’s main ally in the Middle East” during a rare visit to it in 2016.

Wang and Abdullahian’s meeting come as talks continue in Vienna to salvage the international nuclear deal with Iran.

A 2015 agreement between Iran, the United States, China, Russia, Britain, France and Germany lifted sanctions on Tehran in return for curbs on its nuclear program.

But the United States withdrew from the agreement in 2018 and re-imposed harsh sanctions on Iran, prompting the latter to backtrack on its commitments.

Talks to revive the nuclear deal resumed in late November after they had been suspended in June, following the election of a hardline conservative government in Tehran.

The Foreign Ministry statement quoted Wang as telling his Iranian counterpart on Friday that China considers the United States responsible for the outcome of the nuclear agreement.