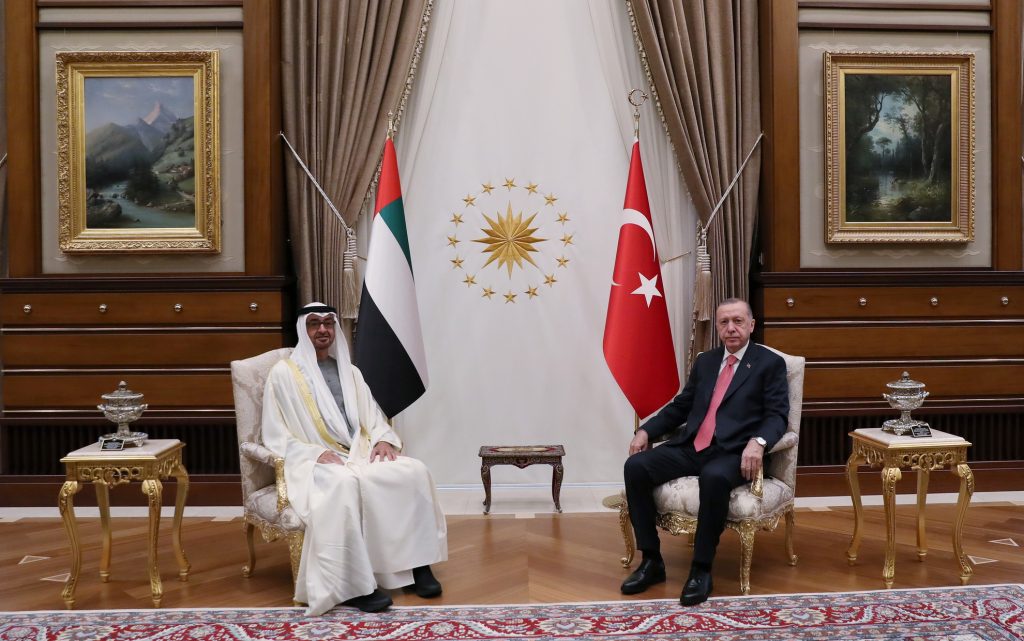 UAE Minister of Foreign Trade, Dr. Thani bin Ahmed al Zeyoudi, announced that his country is betting on Turkey in its endeavor to enhance bilateral trade exchanges, in the latest indication of improving relations between the two countries.

In an interview with Bloomberg Agency published last Thursday, al Zeyoudi confirmed, that the UAE hopes to double or triple the volume of trade with Turkey to open new markets.

He added that the UAE “is betting on Turkey as a country that will open up new markets for us through its logistics and supply chain”.

At the end of November of last year 2021, Turkey and the UAE signed 10 economic cooperation agreements in various fields between the two countries.

The agreements – which included partnerships between the stock exchanges of the two countries, sovereign wealth funds, health and energy fields – were signed at the Presidential Complex in the capital, Ankara, after a bilateral meeting and another at the level of delegations between the two sides.

An administrative cooperation and partnership agreement in customs affairs was also signed between Turkey and the UAE.

In addition to signing a memorandum of understanding on cooperation in the field of environment between the two countries.

Simultaneously with the signing of the above-mentioned agreements, the UAE announced the establishment of a $10 billion fund to support investments in Turkey, according to the official Emirates News Agency, adding that it will focus on strategic investments, especially the logistical sectors, including energy, health and food.

Turkish official said, “The problems with the UAE are now behind us.

We’re entering a period completely based on cooperation and mutual benefit,” adding that the UAE’s investments will eventually be in the billions of dollars.